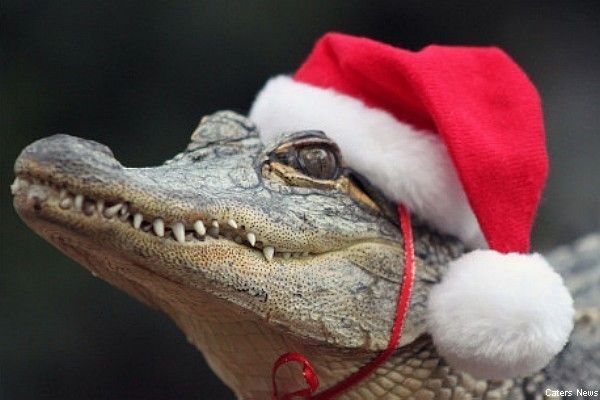 Stan and Adele and their daughters Justine and Suzy are hosting the family Christmas this year. Most of the relatives from south Florida will be coming to South Carolina for the festivities. You can read about their family reunion here and here.

Justine: I’m so excited! I can’t believe Granny’s going to be here for Christmas! When are they arriving?

Adele: Your Uncle John is supposed to be driving everyone up the week before in his camper.

Suzy: What about Cousin Danny? Is he coming?

Adele: He’s in school until that Tuesday. So he’ll be coming separately.

Stan: Cousin Vinny’s going to be able to get some time off from the resort for the holidays. So he and Uncle Stu will be coming separately. They won’t be staying as long.

Adele: Thank goodness! I was afraid Stu was going to try to find the house by himself, and we’d never see him again.

Justine: It is kind of scary how bad his sense of direction is. We’re friends on GatorGab. Last week, he was walking on the beach and was partway to Daytona before he realized he missed the turn into his subdivision.

Adele: We should probably start cleaning so we can get everything decorated before they get here. 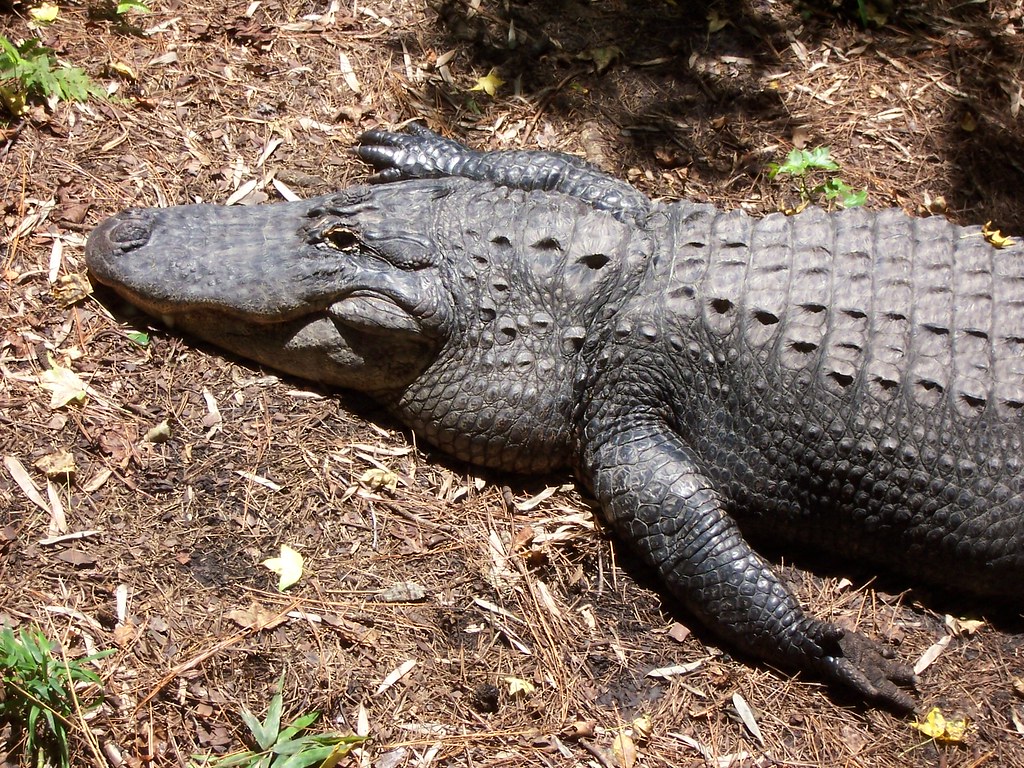 Suzy: Where is everyone going to stay? Our house isn’t that big.

Stan: I’m renting a sauna. They said it feels just like southern Florida in the summer.

Stan: And I’m going to set up a sunlamp in the basement.

Granny Gertie arrived with John, Jacob, and Norm a few days before Christmas.

Suzy: Hi Granny! Did you have a good trip? 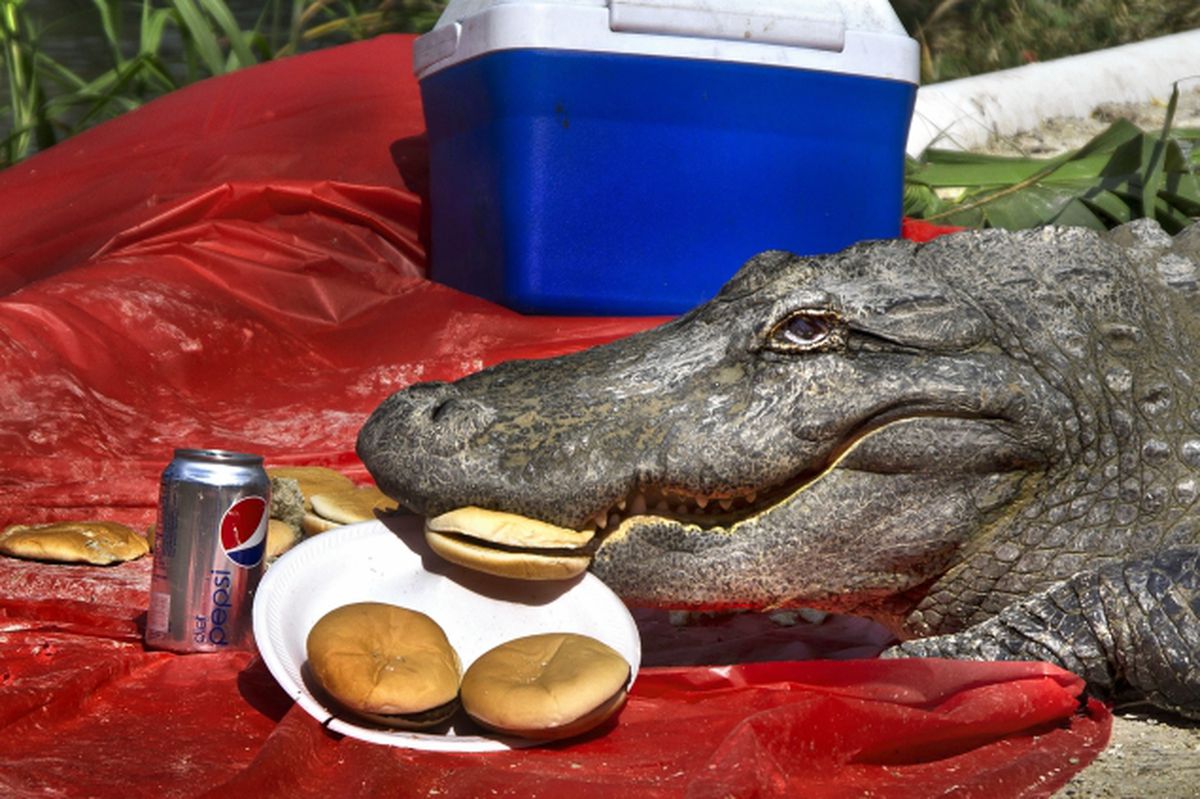 Granny: It was long. Your Uncle John doesn’t really believe in taking rest breaks while he’s driving. I feel stiff.

John: Mom, you’re an alligator. You always walk like that.

Granny: It all looked so delicious.

John: How are things here? Adele, the house looks amazing.

Adele: Thanks, John. We’re doing well. Today was my last day of work before the holidays. We had our big potluck.

She held up a package of “Roadkill Helper.”

Adele: Apparently someone thinks I don’t know how to cook.

Justine: You said your Secret Santa was that goofy chameleon. He’s just afraid of you.

Stan: You did threaten to step on him once. 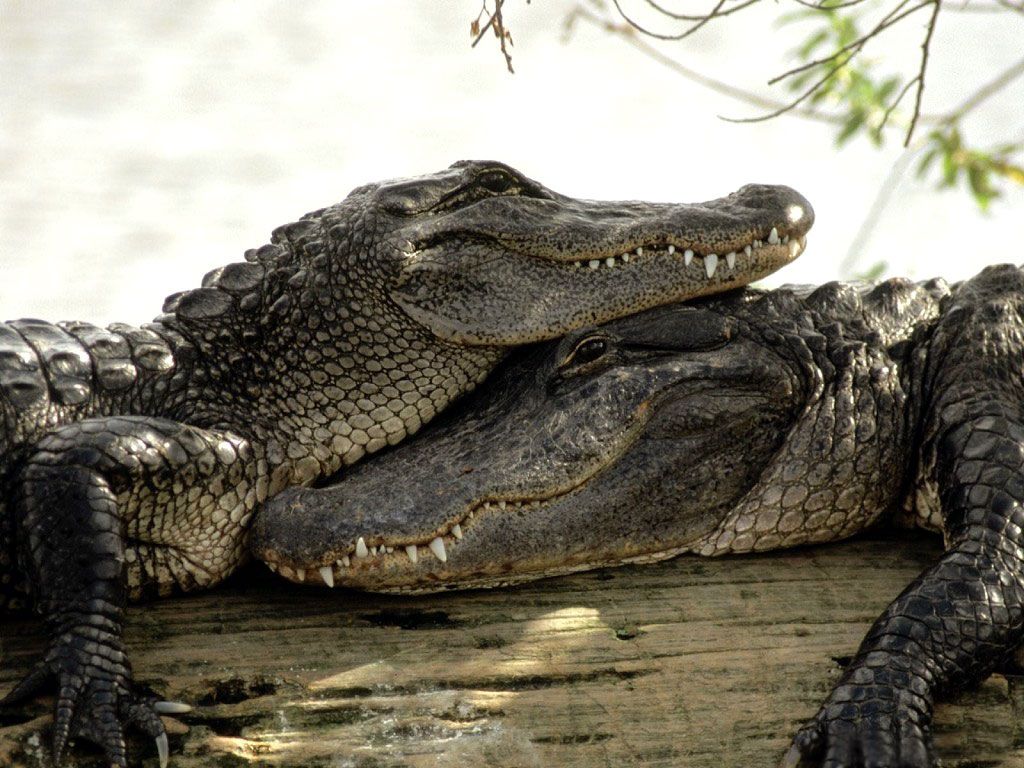 Granny: Don’t worry about it dear. You can give it back to him at next year’s gift exchange. Could someone show me where we’re sleeping? I’d like to take a nap before dinner.

The visiting gators settled in. Danny arrived a few days later. Three days before Christmas, Vinny and Stu still had not arrived. Justine was scrolling through GatorGab and saw a post from Uncle Stu.

Justine: Hey, guys. Uncle Stu says that he left for South Carolina yesterday. Has anyone heard from him?

Stan: No. Does it say anything about Vinny? Justine: He says that he is going to pick up Vinny and head here.

Norm: It’s supposed to be the other way around. Somebody better call Vinny.

Granny: I’ll try to reach Stu. My brother has the common sense of a pumpkin.

Granny and Stan started trying to figure out what was going on while the others paced around the house.

Granny: Stu got bored waiting for Vinny and decided that he would go to South Miami to pick him up at the club. He says he’s north of the city at a very nice lady gator’s house. 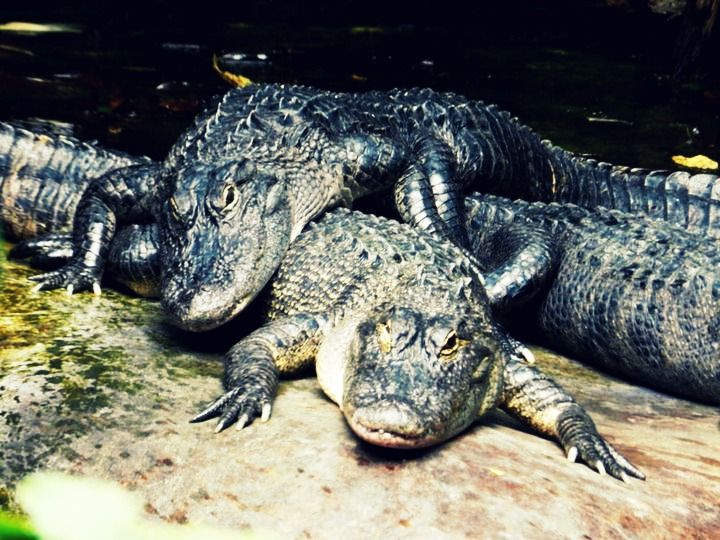 Stan: So Vinny can pick him up there?

Granny: He’s not sure he wants to come anymore. He thinks she might be his soul mate. I told him he’s an idiot.

Stan: Vinny wants to know what he should do.

Granny: He should pick up his idiot father and bring him to the family Christmas.

Justine: Maybe we should invite the lady gator too. Uncle Stu just changed his relationship status to “It’s Complicated” on GatorGab.

Granny Gator began to make a low growling noise deep in her throat.

Next week: Will Uncle Stu and Cousin Vinny make it to South Carolina for Christmas? (see part 2 here) 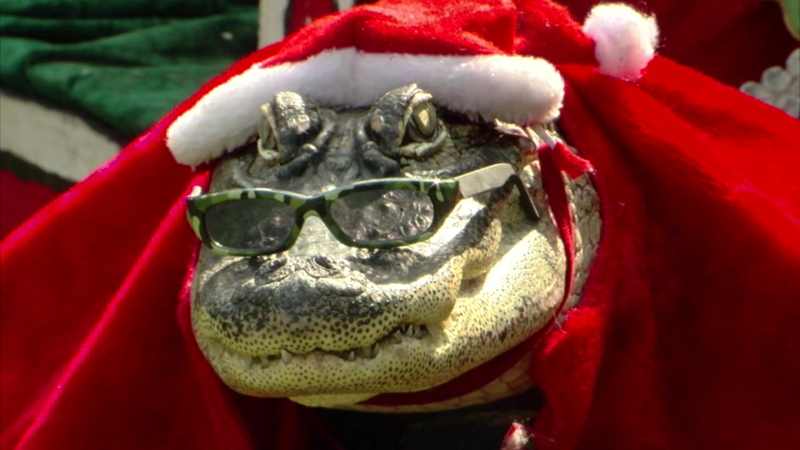 Hello Humans. Nice to talk with you again. I’ve been watching Mom on her computer and decided that I need to set the record straight on some of what she was looking at on “social media”.  I’m going to start with pictures. I don’t want to get into some of things I’ve seen on Facebook and YouTube. Let’s just say that some people have no common sense filters when it comes to their animals.

Before I start, I must say that I really don’t understand why it is called social media. When hedgehogs are social, there is more than one of us present and we communicate face to face. As far as I can tell, humans are social one at a time and do it over a long period of time. And they don’t actually know who they are talking to.

Anyway, here we go. (Pictures are from Imgur.)

Seriously?! You’re probably looking at this and saying, “awwwww,” aren’t you? Do you know how humiliating it is to be objectified as food?  Ladies, would you want to be called “cupcake”?

Of course, there are worse things that can happen:

Is that not the cheapest suit you have ever seen? What makes humans think they can put their hedgehog in something they would never be caught dead in? (It’s a joke: that hedgehog is supposed to be dressed up like Dracula.)

Remember when you were little and your Mom took pictures of you in the bathtub? Then she threatened to show them to your girlfriends/boyfriends? How would you like this?

Now the entire world knows you still like bubble baths. Totally humiliating. And it perpetuates that fallacy that we all love water. As far as I’m concerned, water is for drinking.

I won’t even discuss this one. The human probably had it in his/her mouth before they took the picture. Ewwwwww.

I thought I’d include one picture I like. This is me with a new favorite food.

Yep. It’s a chocolate cookie. Mom says it’s genetic since everyone else likes chocolate. I just can’t eat too much. I discovered I like peanut butter too. Human food is OK, but it’ll never replace wax worms. You really should try them.

I’m going to try to convince Mom not to spend anymore time looking at embarrassing hedgehog pictures. They even have ones with the private parts all exposed. I might have shown one of those but I was too embarrassed.

On second thought, maybe I should just take your cameras away.

Why do humans think this picture is funny?

1:  a member of any of various peoples (as in antiquity) who lived or were reputed to live chiefly in caves

2:  a person characterized by reclusive habits or outmoded or reactionary attitudes

The other night when I was watching “Person of Interest” on TV, the woman who is the brawn of the operation (I love that! I also love that they are finally letting Jim Caviezel smile – he looks so much better) says that she has found “some sort of Bible.” To which the intellectual says something along the lines of “Yes, that’s the Gutenberg Bible.”  They did not elaborate on what the Gutenberg Bible was. I wondered if they thought everyone knew or if they just moved on since it was not important to the plot.

Lately I’ve been feeling a bit like a Gutenberg press in a Movable Type world. Ironically, while moveable type is the current standard in web design according to their press release, its roots are older than Gutenberg. It was developed in China by Bi Sheng in the mid-11th century. Gutenberg introduced metal moveable type to Europe in the mid-15th century. Note: the problem with trying to be an intellectual smart-aleck is that either people won’t get the reference or they will be able to show you why it was a stupid analogy to start with.

I am typing this on a desktop PC. I may be the last college-educated person in the country without a laptop. I saw an advertisement on TV for a product that promises to be a laptop when you need it to be and a tablet when you want it to be. I have no idea what that means. That should probably bother me.

I guess I have a stupid phone. Is that what they call a non-smart phone? I can make calls on it. I can even text if I don’t mind hitting the key two or three times to get the different letters. I’ve always hated telephones. I don’t know how to make small-talk.

They probably shouldn’t allow me to have a cell phone in the first place. I’m not allowed to use it at work, and I never remember to turn it on any other time. Most people know this and don’t bother calling me on it. There are two people who insist on calling me on it. They always wonder why it takes me days to get back to them.

We still have a low-definition TV (much to my husband’s dismay). He tells me the sound is also bad on it. I’m not sure. I can tell what the people are saying – most of the time. As soon as I find something on television really worth watching, I’ll worry about getting something better to watch it on.

We don’t have a Blu-Ray anything. We haven’t watched 90 percent of the regular DVD’s we have, so why bother? And the headsets are just creepy to me – people walk around looking like they’re talking to themselves. And then wonder why they’re being ignored when they do ask someone a question.

Even my Kindle is pretty low-tech. I have a regular screen, and only use it to read books. I have a keyboard, but no use for it. I love that I can take it to work and not worry about it getting dog-eared in my locker. I also love that I don’t have to remember to bring a new book when I’m close to finishing the old one.

A couple of people have asked me to go on Twitter. I don’t get Twitter. For every witty bon mot, there seems to be glut of “just saw jen. can’t believe what’s she’s wearing.” Then you have to go to Instagram (or whatever) to actually see it. Of course, it would probably make more sense if I had a smart phone and saw the tweets real-time.

I belong to two LinkedIn networks, one Google circle, and Facebook. I am guessing my old MySpace account is still floating around somewhere too. All of those people probably think that I have moved to Tibersk (or wherever you have to be these days to be unconnected). I think I’m just too anti-social for social media.

Now that I think about it, the Troglodytes might be insulted that I am comparing myself to them. After all, permanent shelter and fire were cutting edge in their day.