Where we are – the Bearlingtons were in the midst of preparing for hibernation when Papa’s brother Sam appeared at their door. He had been kicked out of the house last spring after disrupting the previous hibernation and eating all of their food. Sam has recently been kicked out by his girlfriend and is looking for a place to stay.

After being greeted with less-than-open-arms by Mama, Sam is taking a walk while the family discusses his situation.

Papa: Shelly, be reasonable. He doesn’t have any place else to go.

Mama: That’s his own fault. It sounds like he was as much of a loaf at her house as he was here.

Carl: Yeah! He let’s us eat whatever we want and run around the cave.

Kenny: And he give great rides. 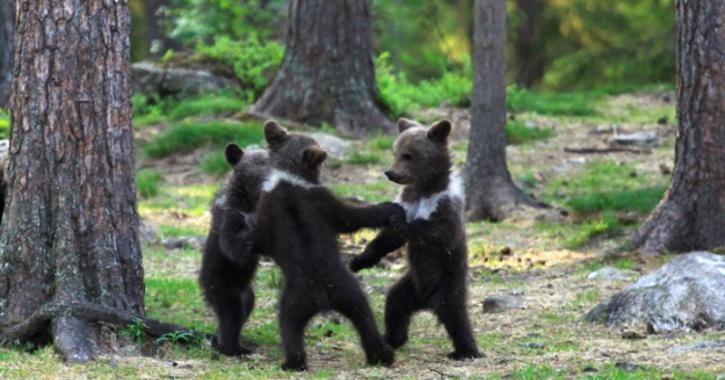 Mama: And you boys are totally wild when he’s here.

Mama: We live in the suburbs. You need to behave like civilized bears. 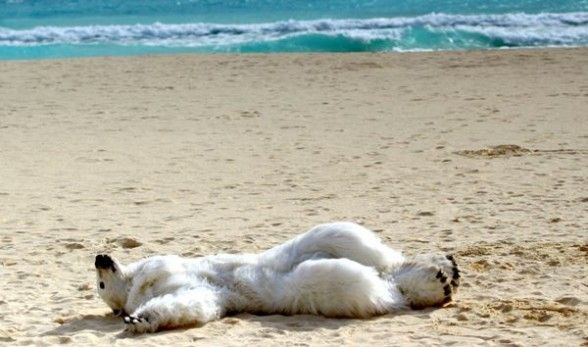 Penelope: He’s really funny. Remember those impressions he did of the humans he met at the beach? (mimicking) “Alice, is that a bear? That can’t be a bear! Bears don’t go to the beach.”

Papa (laughing): I’d forgotten about that. He is the only bear I know who goes to the beach when the humans are around.

Penelope: He must be really brave.

Mama: Or not very bright. Humans carry diseases. He should stay away from them. 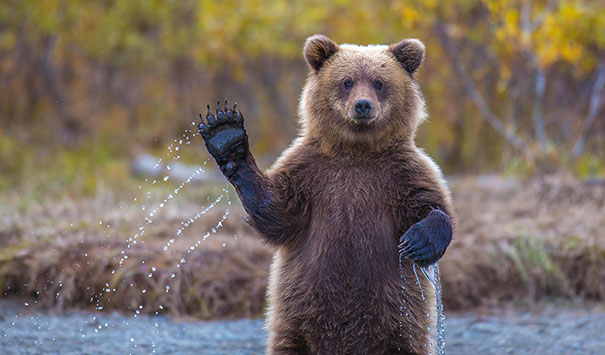 Just then, Sam reappeared. He was carrying a basket of salmon and and another one fully of blueberries. He handed them to Mama.

Sam: Here, Shelly. I wanted to make up for some of the food I ate last year that you had been saving.

Mama: Thank you, Sam. That’s very sweet. Where will you go if you can’t stay here?

Sam: I was thinking about that. I think that there may be an empty spot further up the coast. I remember hearing some deer talking about a shelter near Kapoka.

Papa: That’s a long ways off. Do you know anyone up there?

Sam: Not really. But it should be fairly sheltered and safe. 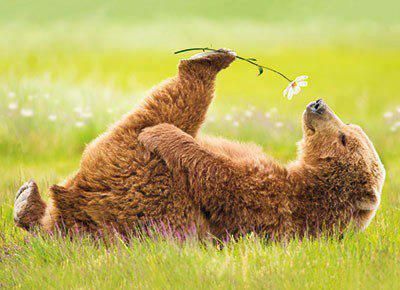 Penelope: Will you come back in the spring, Uncle Sam?

Sam: I don’t know. There really isn’t anything for me around here. Maybe it’s time for me to make a fresh start.

Penelope: You can’t go that far without knowing for sure you’ll find shelter.

Kenny: What if the place is full of mean bears?

Sam: Don’t worry about me. I’m a tough old bear. I’ve been in tight spots before. 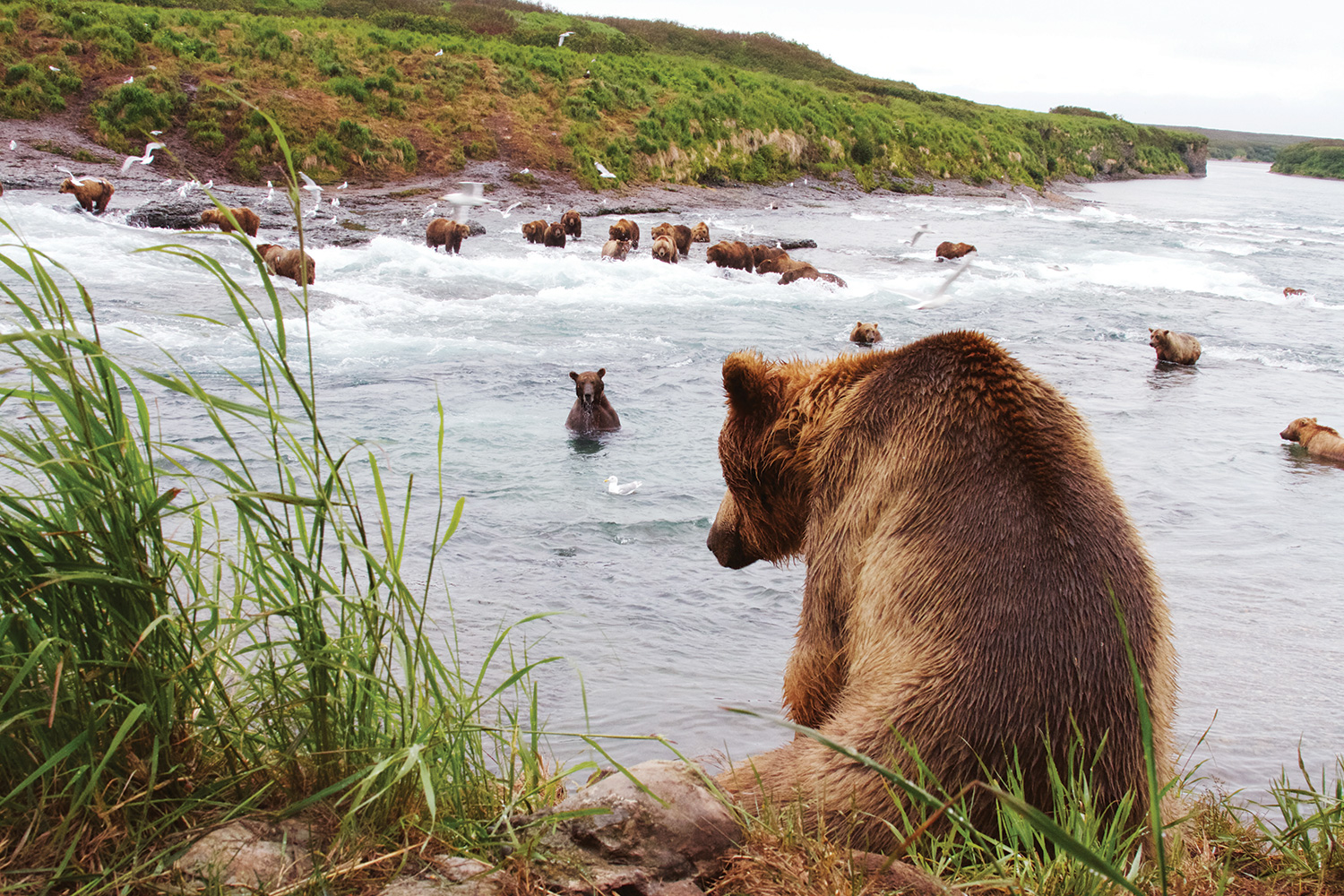 Mama: Sam, are you sure there’s a spot for you up there?

Sam: Well, a friend of a friend said that they usually have openings in the late summer.

Mama: It’s not late summer anymore. You don’t really have a place, do you?

Sam: Not really. But I know I was a problem last year. I was just hoping that you might forgive me.

Kenny and Carl: Please, Mom? Can he stay here?

Mama: I don’t want to be heartless. Do you promise not to raid the pantry every time you get bored?

Mama: And you have to start picking up after yourself. You can’t just go out for a long walk in the spring when it’s time to do the big clean-up.

Mama: And when it’s time for the boys to hibernate, you have to back me up and tell them to go to bed.

Mama: Then you can stay.

There was much cheering and dancing around. When everything finally settled down, they sat down for a big meal of salmon and blueberries. 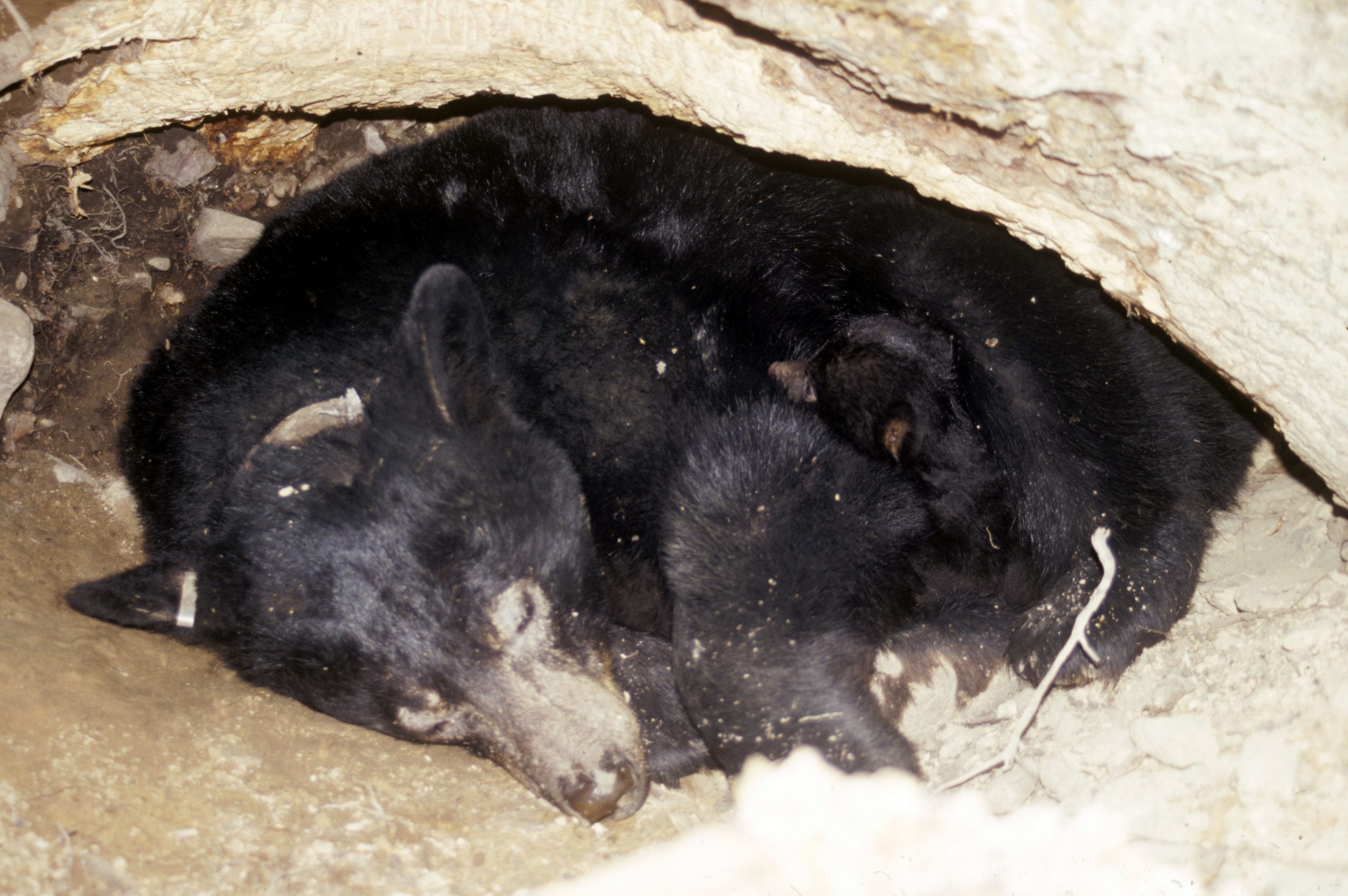