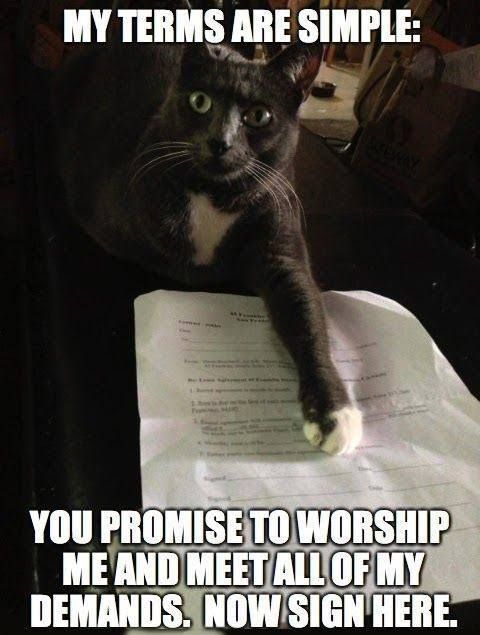 Fellow Felines: Please forward this post to your human.

It has recently come to our attention that there are some common human gaffes regarding how to interact with your cat. We know that you mean well, so we are here to help with a little advice. 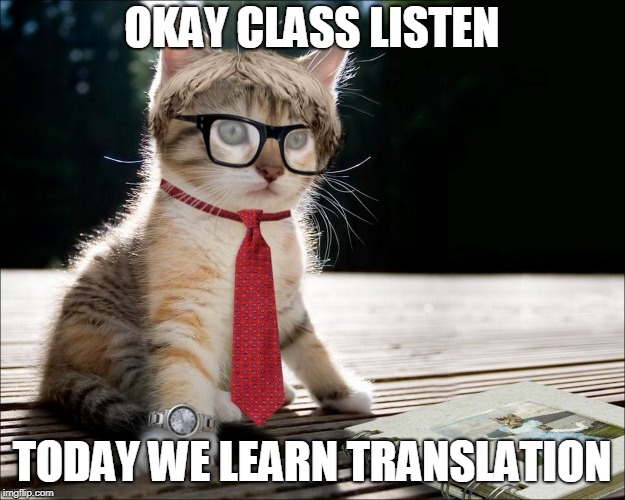 When your cat talks to you, learn what they are saying. It is annoying to wait while you ask about wanting to be let into the room, wanting cuddles, wanting food when it should be clear that we want you to move your stuff from our favorite cat tree. If you see us chasing a mouse, don’t scream or try to help. That only startles us and gives the mouse a chance to get away. We will ask for help if we need it. 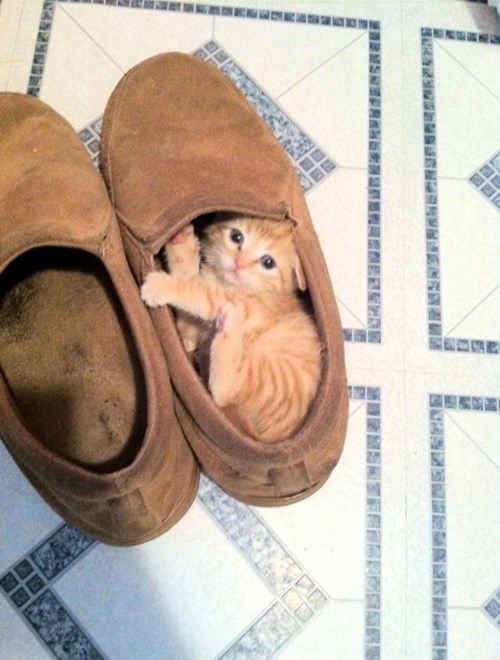 If we are relaxing in your slipper or using it as a sled across the floor, don’t tell us you need the slipper. We know it’s your slipper and you need to learn how to share. 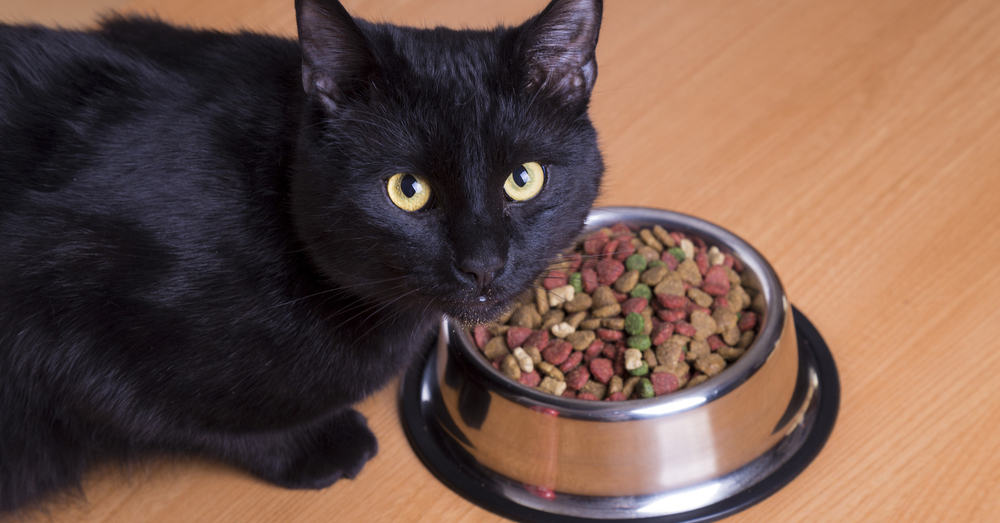 If we are eating, do not make loud noises or insist on getting something that is in a space where we eat. Even if we do not jump (which you find hilarious for some reason), it is rude. You don’t want us on the table when you eat; give us the same courtesy. Don’t start playing with us to stop a couple of minutes later because “your show came on”, your phone dinged, or some other lame reason. We like to play, and want to do it for a while. 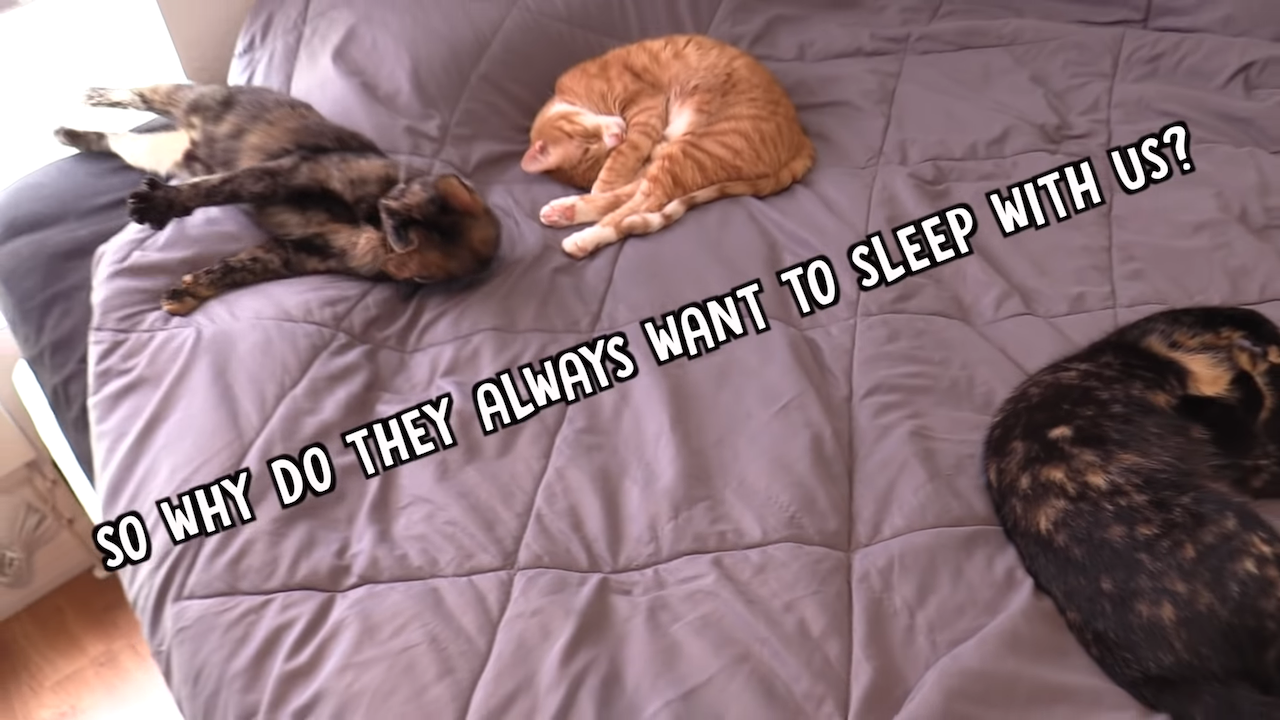 If we are laying on “your” blanket or “your” chair, do not just dump us on the floor. Most likely, we were asleep. It is rude to wake someone up like that. After all, we are members of the family. 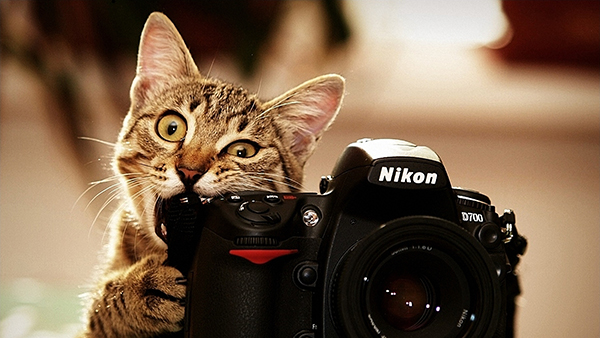 Do not insist on taking our pictures constantly. Particularly if you think we are doing something funny. Those pictures always end up on the computer, and your friends laugh and make fun of us. Sometimes we just like to chill and not have to worry about the paparazzi. 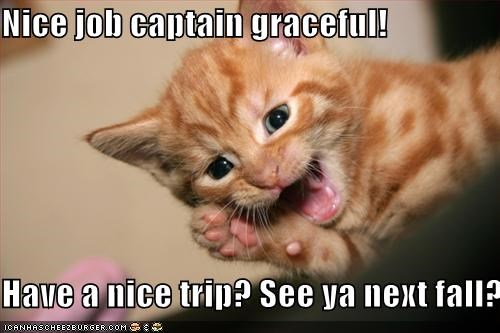 Do not laugh at us if we slip or miss a jump. We are still tons more graceful than you ever will be.

We hope that you have found these tips helpful. Please talk to your cat if you have any questions. 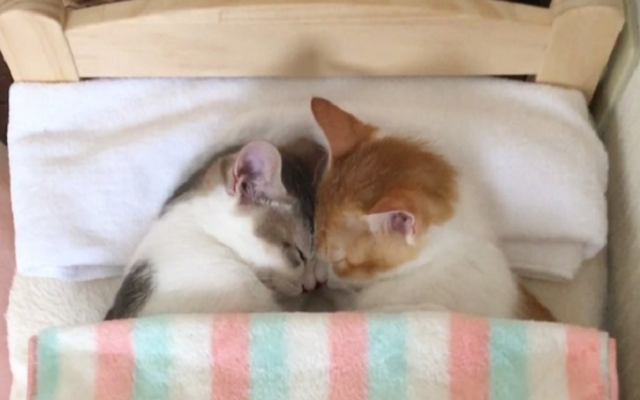 Mom is always writing about how cats lead ultra-exciting lives – living with bears or saving human lives. We want to set the record straight. She has done absolutely nothing to make our lives that interesting.

Here is a summary of a typical day. (Mom works at night.) 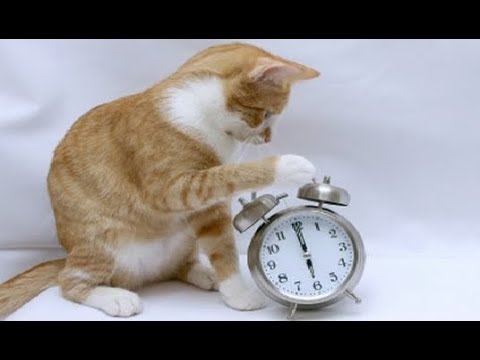 9pm kicked out of bed by the alarm – it is loud.

9:35 after MAYBE receiving a few cuddles, Mom leaves us alone. (The young male human is in the house, but we almost never see him.)

Chase each other around, get a snack of kibble and water, maybe play with some toys.

6am go on alert for Mom

Sit with Mom while she eats and does computer stuff. Fight to get the closest seat.

9am go to bed with Mom 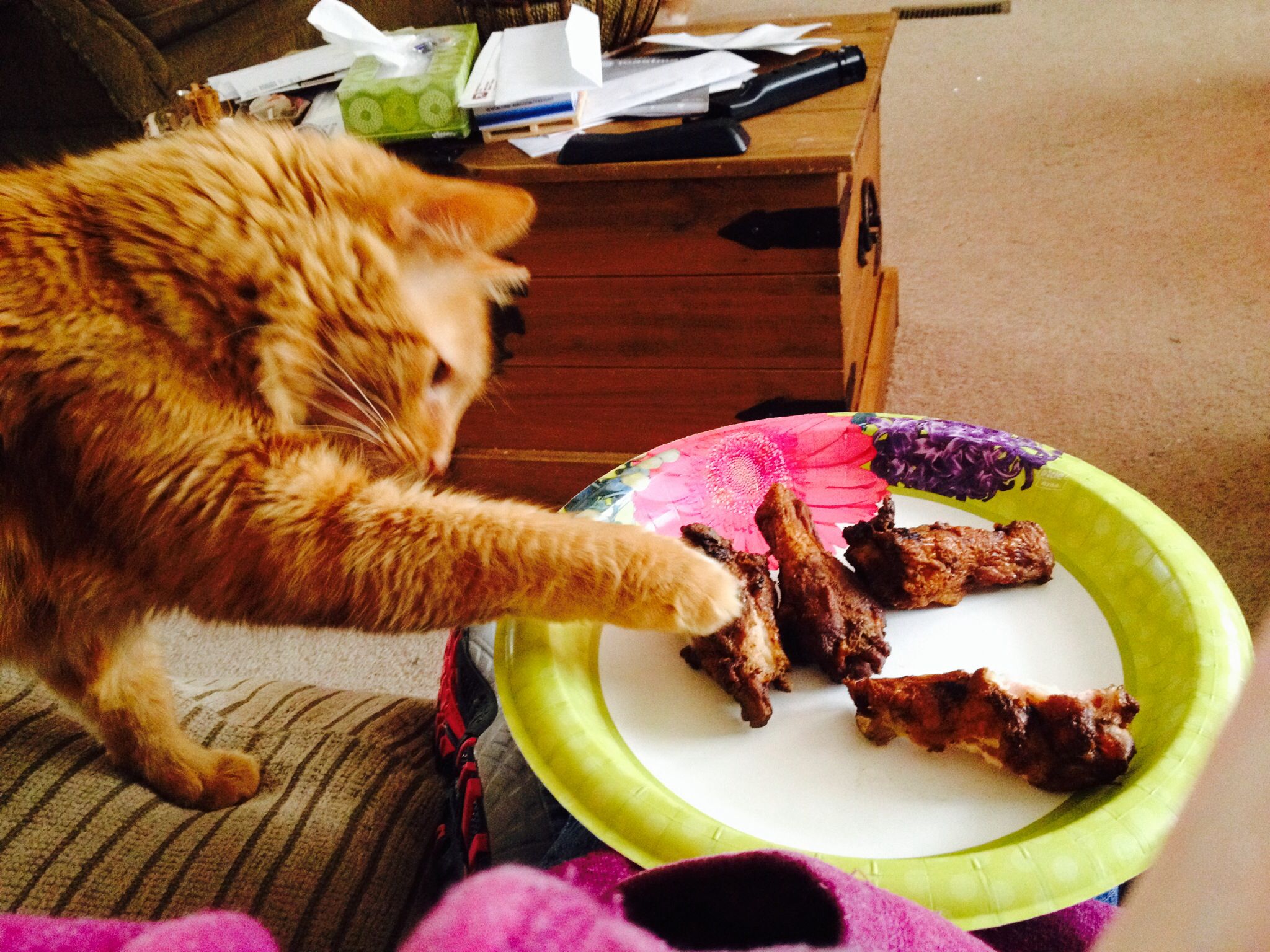 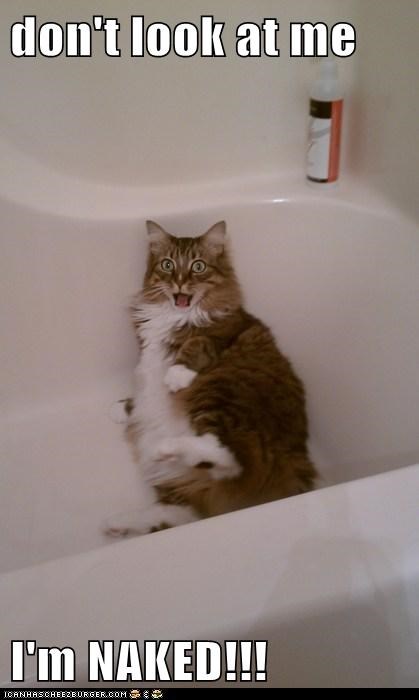 There is some variety: 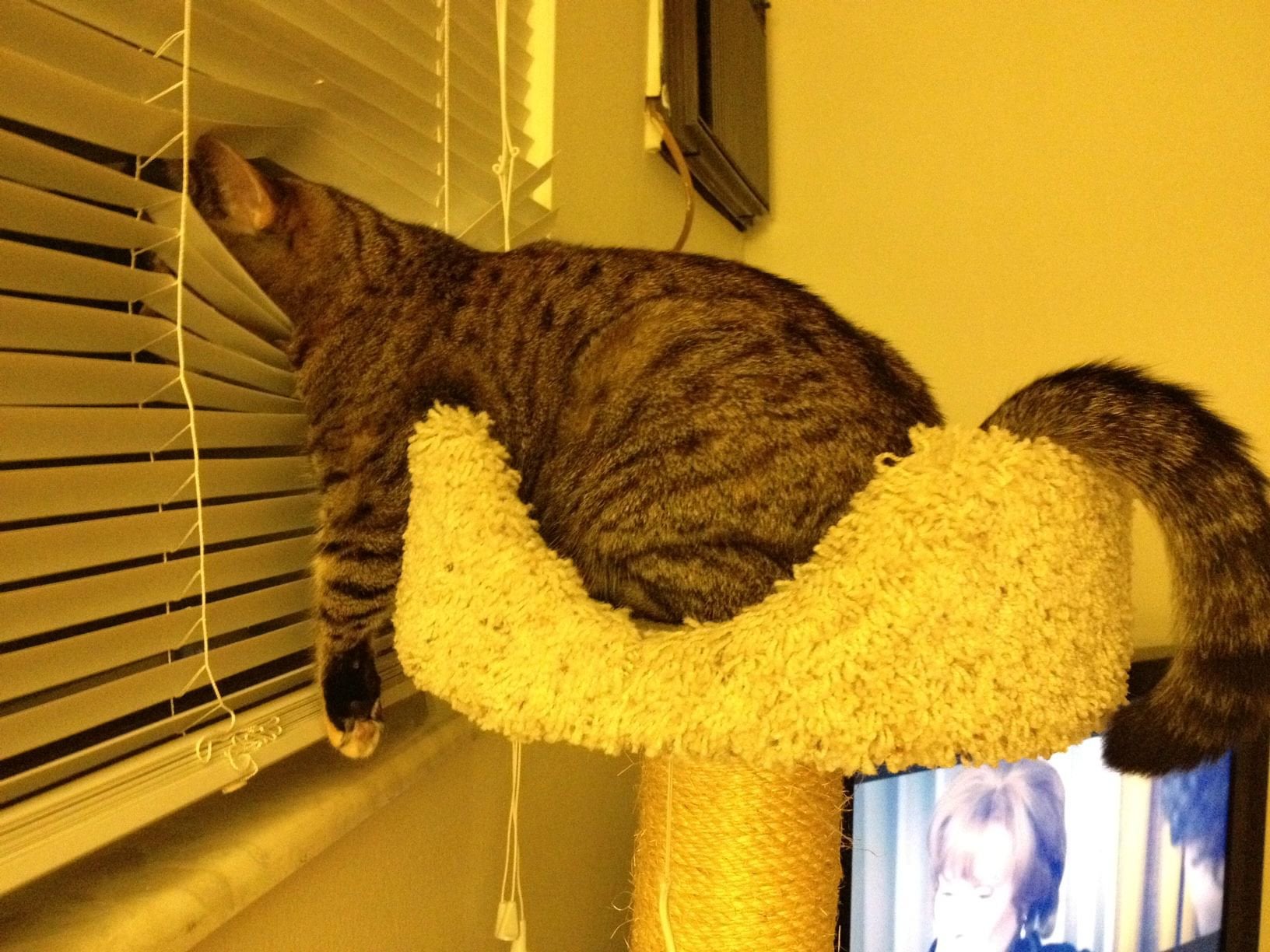 But Mom has never brought home a wild animal or taken us anyplace interesting. We think she makes all that stuff up.

All pictures not of us are courtesy of Google Images

On this edition of Cat Forum our two resident experts, Super Snoops (SS) and Kommando Kitty (KK) will answer questions regarding living with their somewhat unusual housemate, Horatio Hedgehog.

Host: How did you feel when the humans brought a hedgehog into the house?

SS: We didn’t know what it was. It looked like a gift for us that needed to be unwrapped to get rid of all the pointy things.

KK: But it smelled horrible. Not like any mouse I’d ever known.

Host: When did you find out what it really was?

KK: The male human was cuddling it. Can you imagine actually wanting to hold that?

SS: And he held it up to the female, and said it was an early Christmas present. She was all excited and told him how cute it was. No accounting for taste.

KK: We went on the computer and looked it up. It said African Pygmy Hedgehog.

SS: We wondered when it would be going back to the Africa Hedge.

Host: Did you try to make friends with it?

KK: I looked from the distance. It was all rolled up and made funny noises. And it smelled …

Host: Yes, we understand. Hedgehogs smell bad. Did he sleep with you?

SS: They gave him a cage, so I didn’t have to worry about being attacked in the middle of the night.

KK: True. But it was a really nice cage. His exercise equipment was right there. Along with his food and his water.

SS: And he got really good food. Better kibble than us.

KK: And a heater.

Host: Did you try to make him feel at home?

KK (purring): Did you know they eat hedgehogs in some places?

Host: Moving on. Did he get in the way of cuddle time with your humans?

SS: Not really. Apparently hedgehogs like it warm, and the humans keep our house at cuddle temperature (as they like to call freezing). So he only came out at night.

KK: I don’t know why they bothered. All he did was sit in a ball and sound like he was going to explode. I don’t understand the appeal. You can’t cuddle it, you can’t play with it, and you can’t eat it. It doesn’t even look attractive all balled up.

Host: I imagine things have smoothed out a bit.

SS: Yes, he seems to have calmed down a little….

KK: And he almost ran away from home twice. I even had to rescue him one time. And they gave him a couple of baths. It was hilarious. The only thing funnier than a wet dog is a wet hedgehog. He tried to shake the water from his quills.

Host: Did I hear you correctly Kommando Kitty? You rescued him?

KK: Yeah. The idiot tried to go down some stairs. I stood guard over his lifeless little body until a human noticed. Turns out he wasn’t lifeless, he was sleeping.

Host: So things must be a little better.

SS: I watch from my cat tree. He appears to have bonded with the male human – my male human – rather than the female human – her human (motions at Kommando Kitty). He even ate out of my human’s hand. See if I ever eat out of his hand. (tail flap)

KK: Horatio does ignore my human now. Pretty good trick of hers – buy him worms and let the male human feed him. I still stay close to keep an eye on him, though.

Host: The three of you are living in harmony now?

SS: You could say that.

KK: Yeah. We don’t look up hedgehog recipes on the computer anymore.

Host: Well, I guess that wraps us up for this edition of Cat Forum. Come by the next time for a discussion of Baths: Evil Incarnate?