Greetings fellow felines. It’s that time of year again when we ask Santa Claws to fulfill our hearts’ desires. This year we decided that we would focus our buying guide on cool beds. After all, what cat doesn’t like to curl up in comfort on a cold winter day. So look through the items we found, and circle the one you want to find under your Christmas tree.

When unoccupied, the bed surface will remain 10-15 degrees greater than room temperature. When in use, the bed will heat to your cat’s natural body temperature, which is about 102° F. Wall-mounted and futuristic. What could be cooler? Handmade from merino wool. Snug as a bug in a rug. (So to speak.) 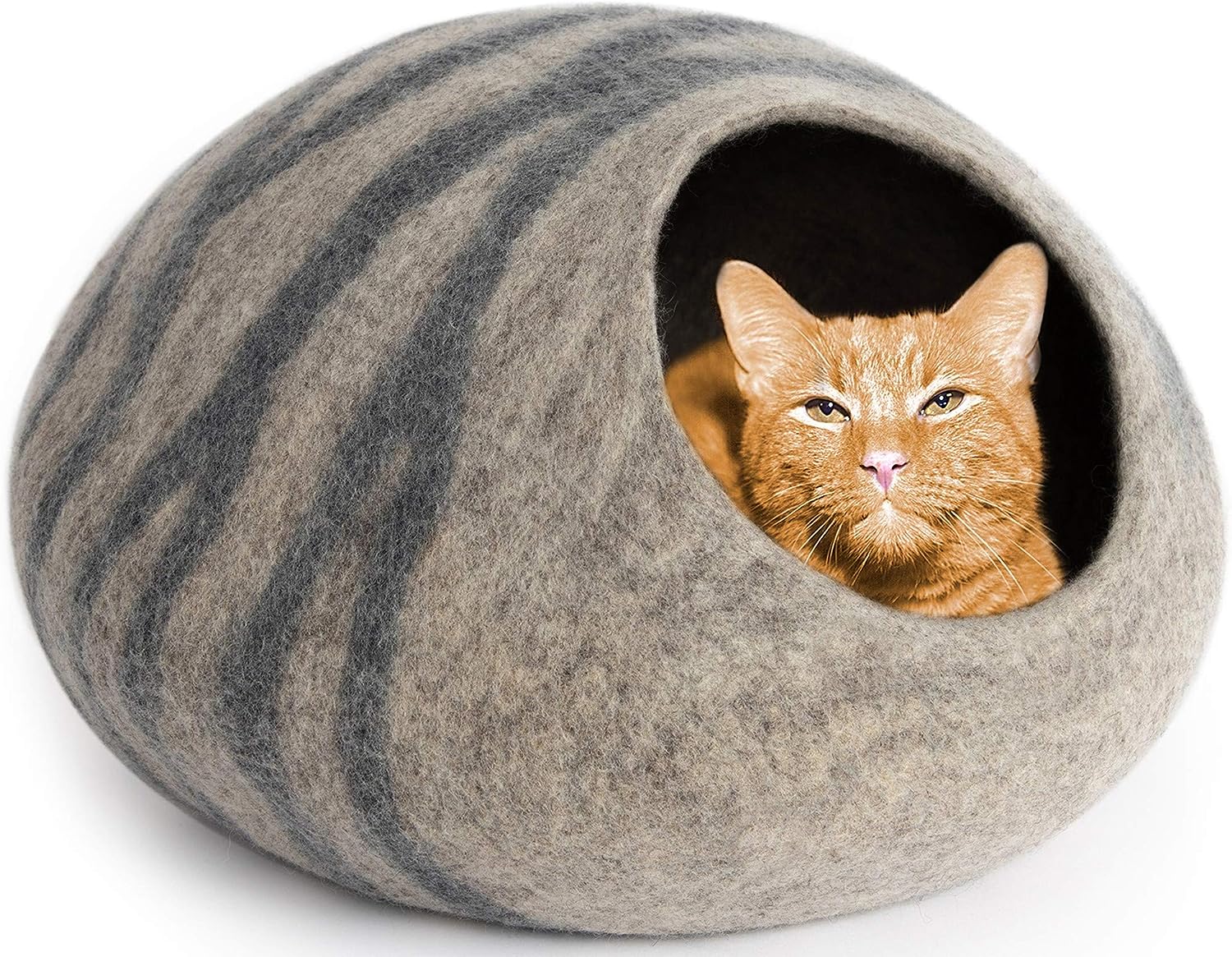 Purr-fectly elegant. Get a set and invite an intellectual friend over for kitty book club. 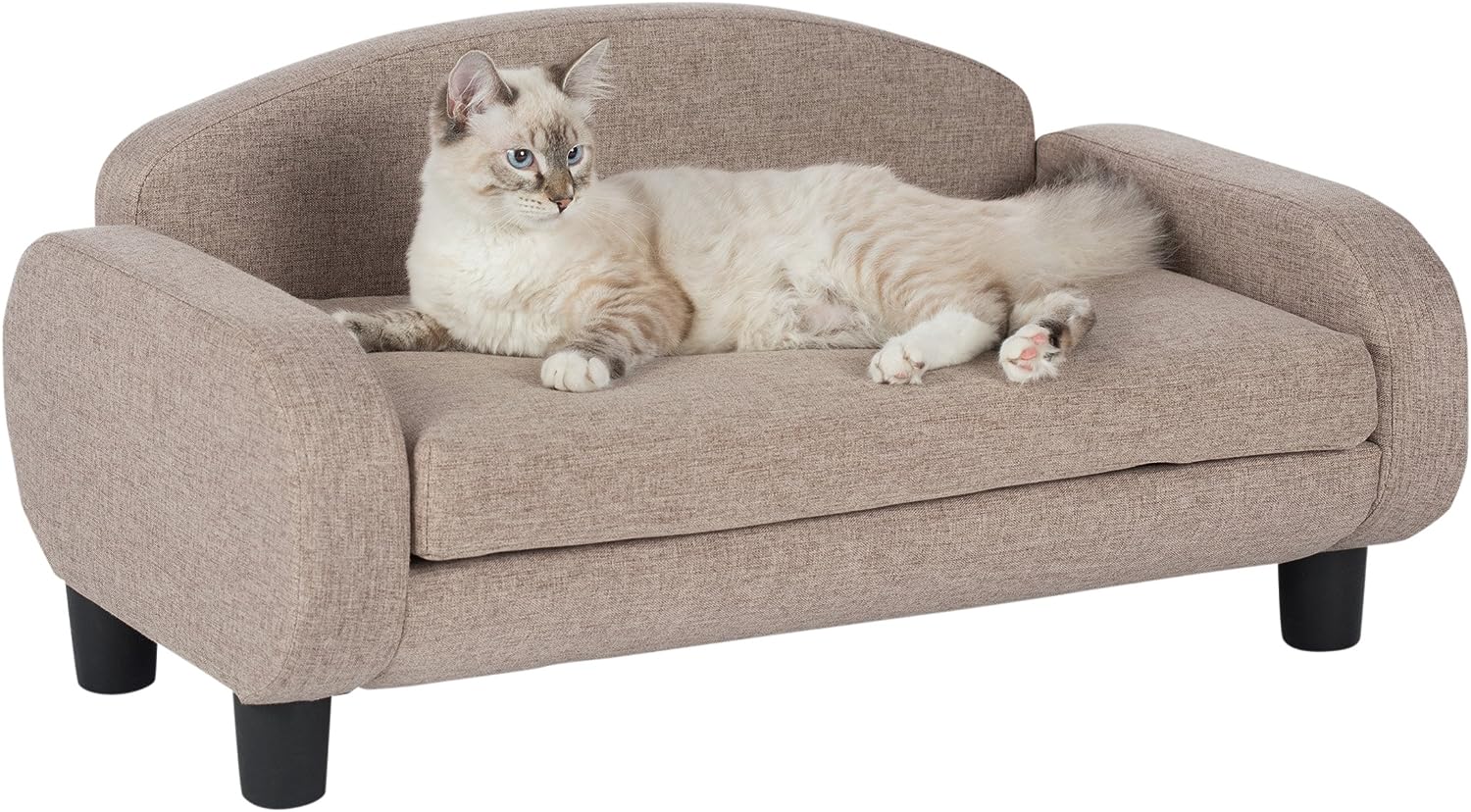 Bring your garden memories into the house. This bed is especially comfy for big kitties. 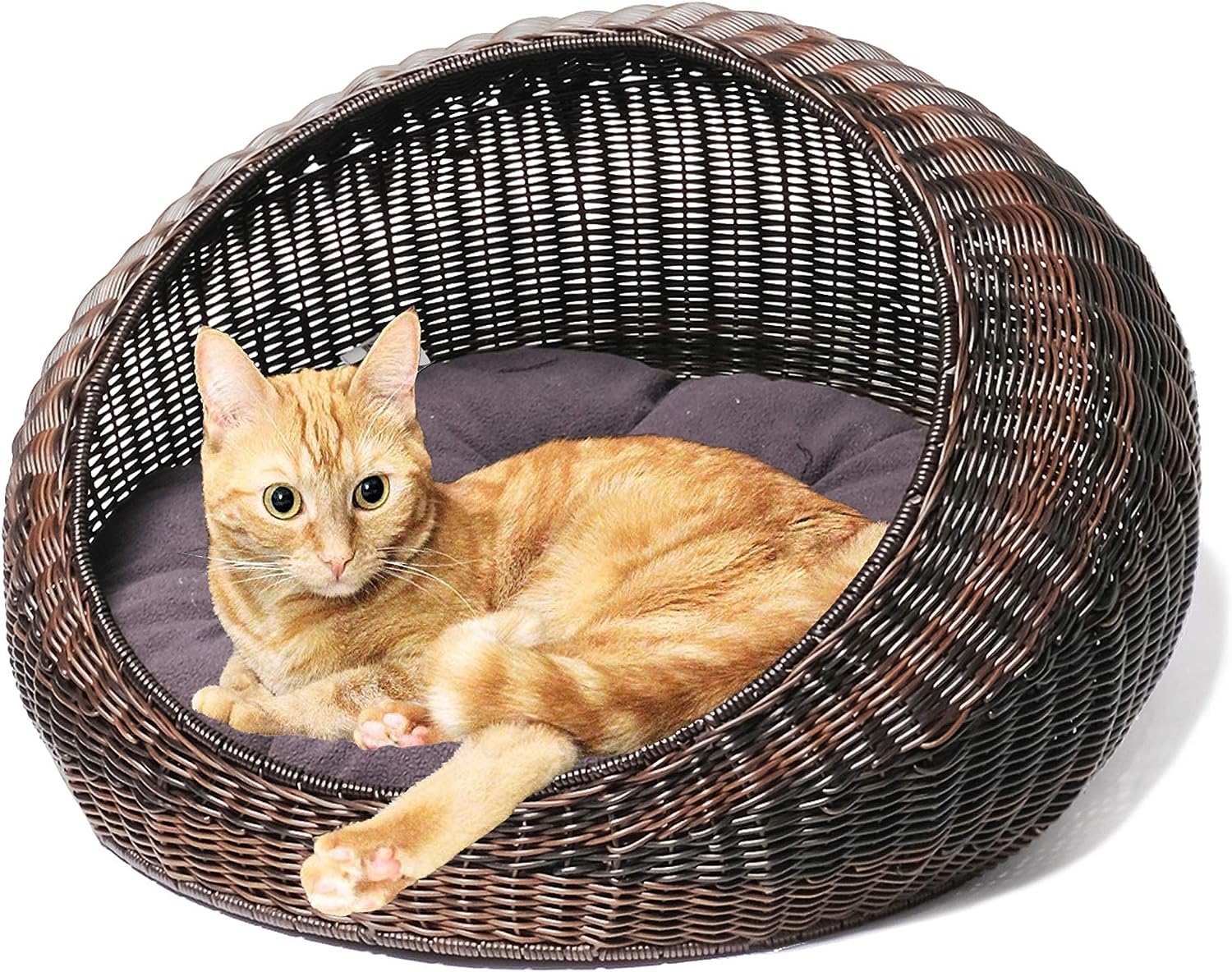 You can move this beauty outside in the spring. It’s intended for smaller kitties so it may be a little delicate for some of you. (But it does look pretty spiffy.) 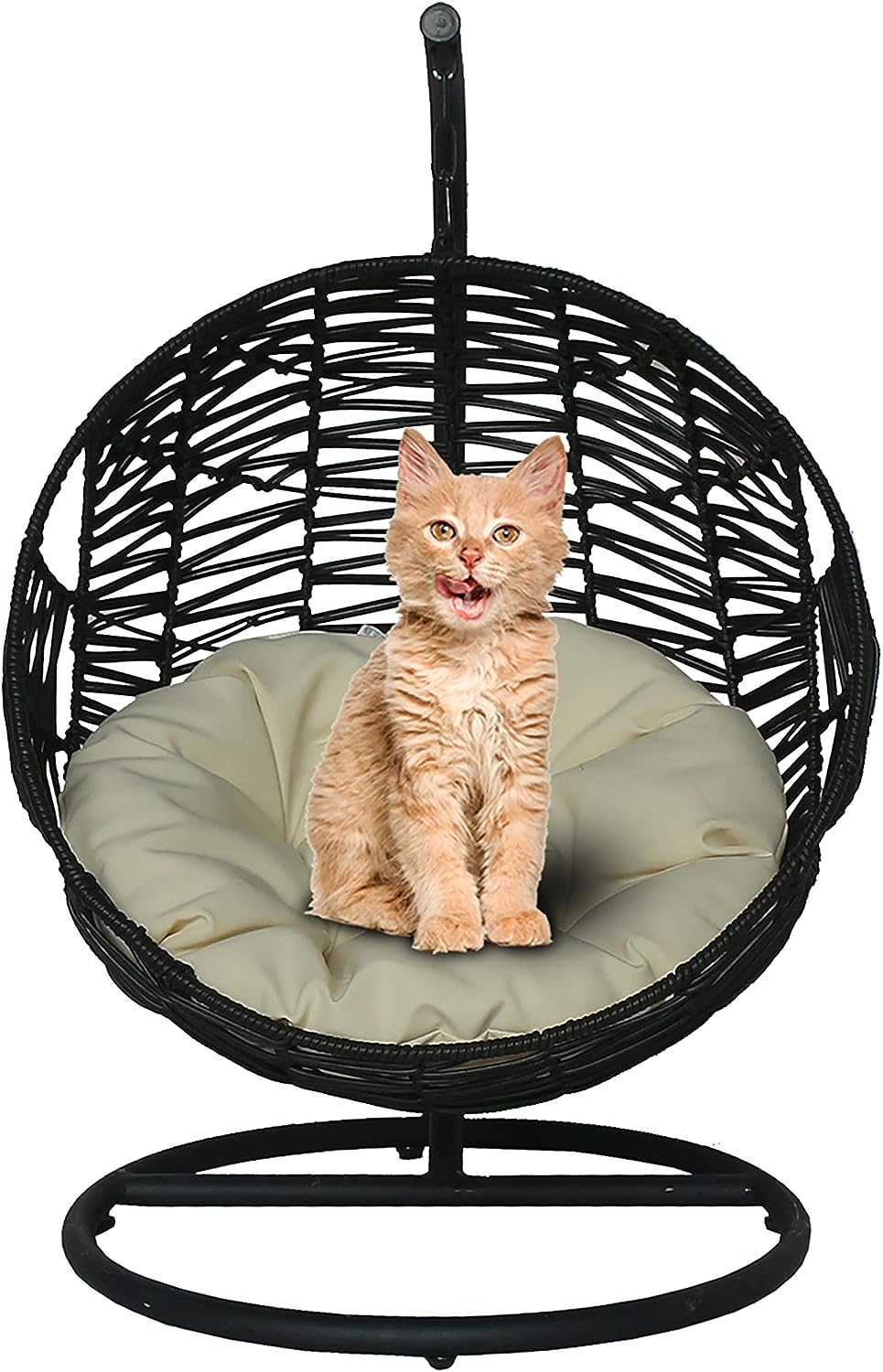 Finally, we thought that we would include a couple of treats just because we came across them when we were using Mr. Google and they looked interesting. 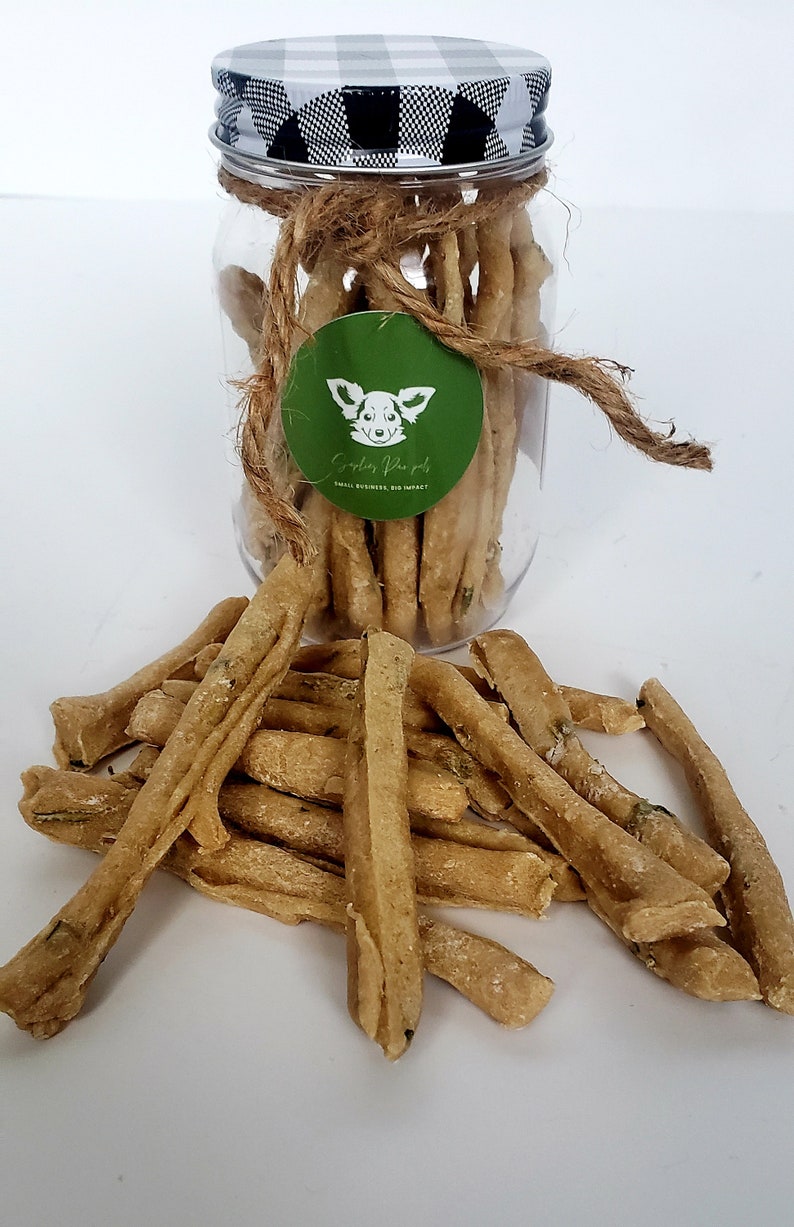 Your human can make you ice cream from powdered goat’s milk, bonito (fish) flakes, and water. All they do is mix and freeze. Yummy!

Hopefully you’ve seen something that appeals to you. After all, we can all use another napping place.

Ed. Note: We have not actually tried any of these products and are not endorsing them We just thought they looked cool.

Today we welcome the extremely handsome Alberto, spokescat for the Tribe of Five. You can find him and his siblings at Feline Opines. It’s a pawsome blog. Among other things, Alberto reports on topics of interest to cats and their humans that can be found around the Internet. (Of course, he includes links so it’s really easy to follow even without thumbs.)

Could you tell us a little about each member of the Tribe of Five?
It would be my purrrleasure!   The Alpha of our Tribe is Tucker. Tucker and his sister, Jasmine are 14 years young. The humans got them from a rescue lady in California. They moved here with the humans about 10 years ago. Tucker says it was a loooong trip in the metal moving machine!  Lily was adopted from our local shelter (Panhandle Animal Shelter) four years ago and Oliver and I came to the humans as foster kittens two years ago also from the shelter. My humans are “foster failures” and Ollie and I are very happy that they are!

Tribe of Five is a great name. How did you get it?
After Oliver and I settled in, the female human looked around one day at feeding time and said, “Yikes we have a whole tribe of felines in this house!” and the rest, as they say, is history. (Plus it’s easier to refer to us as The Tribe of Five than use all five or our names!)

Do you felines ever have hissy moments?
Oh yes! Lily gets hissy when it’s time to get her nails clipped (actually “hissy” is a mild term, the humans often have to seek help from the first aid kit in the laundry room after a clipping session.)  Tucker does not appreciate anyone encroaching on his food nor does he like neighbor cats or the local raccoon staring into the room at the downstairs sliders.  Oliver and I are pretty chill but if you sneak up on us and make a loud noise, we might not hiss but I guarantee we’ll have a fuzzy tail!!!

Does it ever cause a problem that there are more kitties than humans (maybe competition for cuddle time)?
Well, it never causes a problem for the Tribe but the humans do have a few challenges. The female human was griping that there was no comfortable place for her to sit in the living room (because the male human and the Tribe occupied the sofa). She bought another sofa but that just gave us more space to spread out so now she has to squeeze between us to find a spot.  I find it quite thoughtful that she provided more comfy space for us and am a bit annoyed that she is still griping about seating.

How do each of you like to spend time with your human?
Tucker loves to be brushed, his favorite thing is sitting on a stool watching the female human prepare dinner (sometimes there’s a little treat forthcoming and Tucker is ever hopeful). . Jasmine, is still trying to transition back into the full household after going through a bullying experience (it was a very sad time for the humans, you can read about it here    https://felineopines.net/2016/07/26/amelias-story-part-1-2/  ) so for Jasmine cuddling with the humans at night is her favorite “me” time. Lily enjoys relaxing on the upstairs deck with the humans, sniffing the air and watching the birds at the feeder. I like walks with the female human. As soon as she puts my harness on me I know we’re going for a stroll and I love it. Oliver enjoys helping the male human play his guitar or assisting the female human as the house cleaning snoopervisor, watching her work and chasing the mop (he doesn’t like to hang around the vacuum monster though).

You Wander the Web every Wednesday. How do you find such interesting stories every week?
My goal is to find the most fabulous, undiscovered  feline stories on the web. I make sure my purrrsonal assistant searches daily and looks for things that we haven’t seen several times already. My favorite stories are about adventure cats and cats with jobs.

You had mentioned that your human was going to start taking you kayaking. Has it happened? What’s it like?
The female human loves kayaking and when she was at BlogPaws she met other humans who took their cats paddle boarding and kayaking. She decided she’d see how I’d take to it (I’m the chillest feline in the Tribe). It’s been a long process. We went through a few life jackets (none of which fit well as I managed to wiggle out of all of them). Until she finds the purrrfect life vest she won’t take me out on the water but we are planning a stroll to a quiet spot by the water so I can dip my paws in and get used to it in the meantime.

You seem to do a lot of the communicating for the Tribe. How did you get the role of spokescat?
The female human is a fiction writer and she says she likes to write in a character’s “voice”, She says we’re all characters and that I seem to have the loudest and most persistent voice and often, the most to say.  The rest of the Tribe do chime in now and then with their own purrrrticular points of view.

Does the Tribe get regular outdoor time or do you rely mainly on cat TV?
We are primarily indoor kitties due to the fact that we are surrounded by woods where all manner of critters live and also due to the fact that Tucker (whose cross eyes cause him a bit of visual difficulty) fell off the railing of the upstairs deck (twice) into the forest ravine below.  We now have a cool pop up net tent that fits all five of us and the humans can set it up for us on the upstairs deck, the front porch and the downstairs patio. It’s pretty cool! We have lots of big windows in the house and squirrel, bird, butterfly watching is very comfy on the wide window ledges.

Is there anything else you would like to add?
Some folks have asked how I got the name Alberto. Actually my full name is Alberto Contador. The male human is a crazy bike racing fan and he said I was a mean fast feline machine and felt that he would honor a racer he admired. Sadly Alberto isn’t doing so hot on the tour this year and retirement might be imminent. I appreciated this opportunity to talk to the Cheeseland folks and want to say to Snoops and Kommando Kitty, “Keep on blogging!” The world needs to hear more from felines!