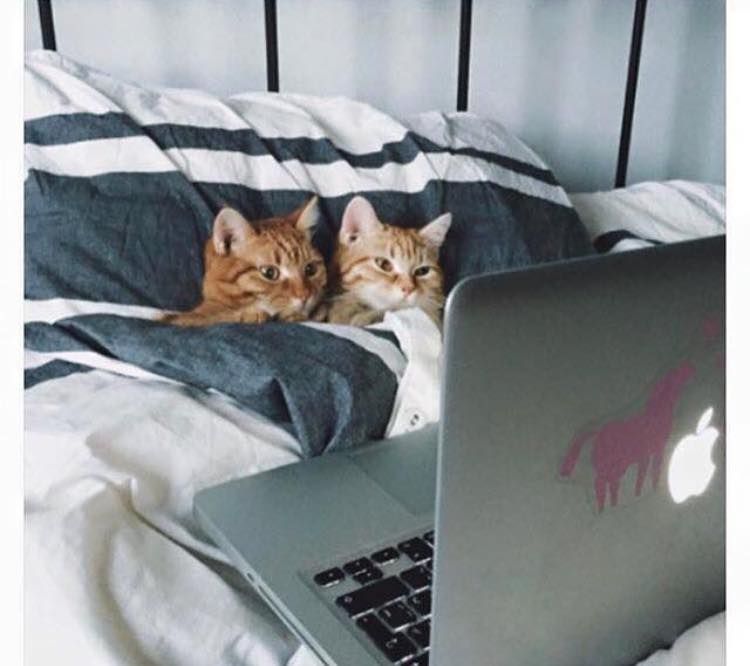 So far – Josie and Kenny’s TV have gone out, and the technician won’t be available for at least three days. They are devastated, but Mom and Dad aren’t very sympathetic.

Mom: Did you do your homework? 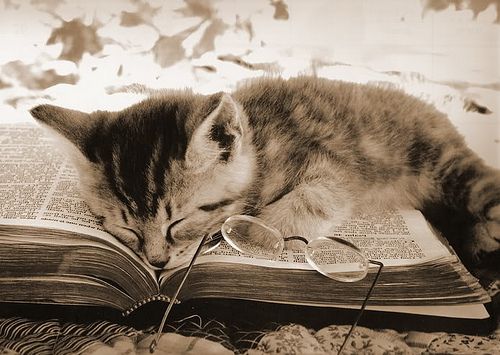 Josie: I don’t have any.

Mom: Go to the library.

Josie: Yuck! What if someone sees me?

Mom: What if they do?

Mom: I don’t suppose you have anything else to do either.

Mom: Then clean your rooms.

They look at her and roll their eyes. She doesn’t move. They stomp off to their rooms. At dinner:

Dad: You two look gloomy. Did you have a bad day?

Kenny: We didn’t have anything to do, so Mom made us clean our rooms.

Kenny and Josie glare at him.

Mom: Well, tomorrow you can go visit Grandma. I’m sure she has something for you to do.

Josie: It has to be better than today.

The next day, they walk over to Grandma’s house. She’s outside getting ready to pounce on something. Josie and Kenny run up to her. 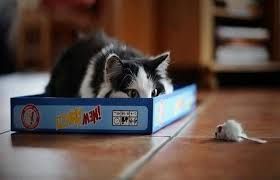 Josie: Hi Grandma! Mom sent us over here because we’re bored. Do you have a TV we can watch?

Grandma: Goodness, no. What a waste of time. Wouldn’t you two rather run around the yard?

Josie: All of our friends do.

Grandma: When did you pick up that nasty human habit? Doesn’t it interfere with your running around and climbing things?

Kenny: Why would we do that?

Grandma: That’s what real cats do. 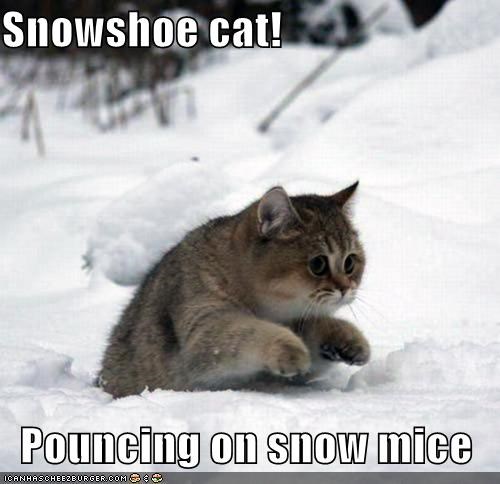 Josie: Next thing you know, she going to tell us we should be out chasing mice and pouncing on bugs.

Grandma: Exactly! Those are excellent cat skills. Look over there; the bush is moving. Let’s see who can pounce the fastest.

The kittens thought it was silly, but since it was Grandma they played along. To their surprise, she was faster by far. She jumped at the bush, but the bird got away.

Kenny: Wow, Grandma! You can run a lot faster than we can.

Grandma: That’s because I’ve been running since I was a kitten. Now, see if you can catch me.

Grandma took off with Kenny close behind. She got to the maple tree and ran up the side to the first branch. Kenny stood under her.

Kenny: No fair! How can I catch you up there?

Grandma: The same way I got here. Climb the tree.

Kenny: Wow! This is fun. Can you show us how to do all this old-fashioned stuff?

They had so much fun that it was time to go home before they realized it.

Josie: Thank you, Grandma. That was great.

Grandma: I had a lot of fun too. But if you’re going to watch TV, watch Cat TV. That human stuff will rot your mind.

Grandma: If you have to be inside, watch what’s out the window. You’ll see all kinds of interesting things. You can practice your running and pouncing in your head. 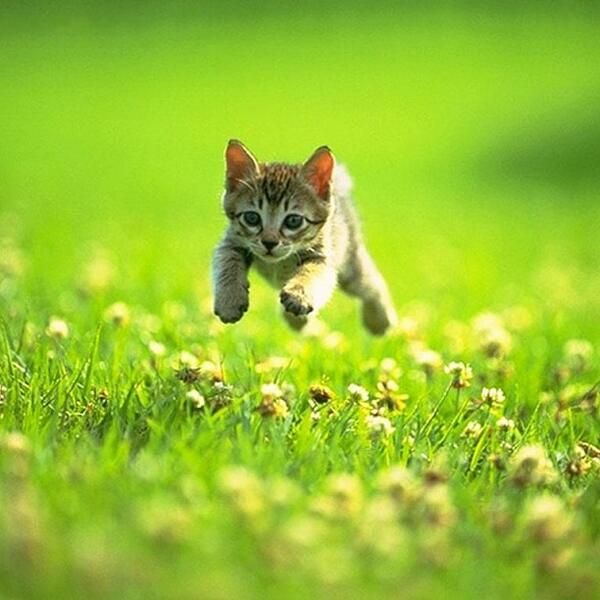 Dad: Did you have fun at Grandma’s?

Kenny: It was pawsome! She taught us all the things she learned when she was a kitten. We ran around and tried to kill bugs and climbed trees.

Dad: That does sound like fun. You should be happy. The TV technician comes tomorrow. You should have TV by nighttime.

Josie nodded. Their parents were astounded. 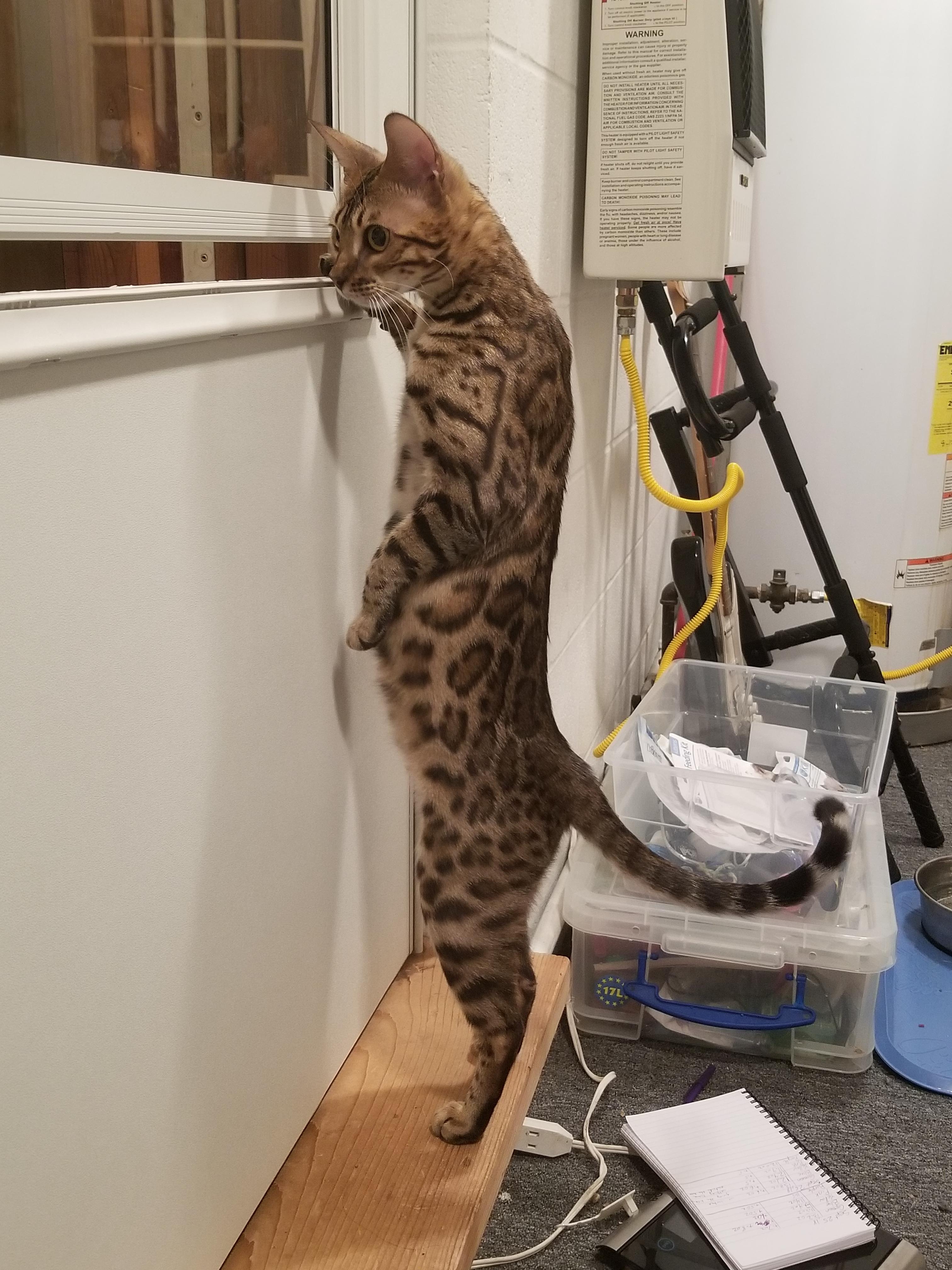