Greetings Fellow Felines. Snoops and Kommando Kitty here. It’s time once again for us to give gift suggestions for the holidays. But unlike last year’s list of gifts for the well-to-do cat, this year we have ideas for you to gift your human. (We know it’s backwards, but we do try to be humorous once in a while.)

Does your human like to work in the garden? Do they come in smelling of dirt (or worse)? Do they complain about you leaving “deposits” among their flowers? Are the tables and counters full of fresh veggies part of the year?

Or a new plant:

Does your human like to dress up? Do they leave you alone a lot while they go out?

How about a fancy companion: 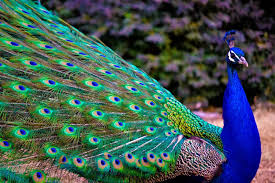 Or some new  clothes: 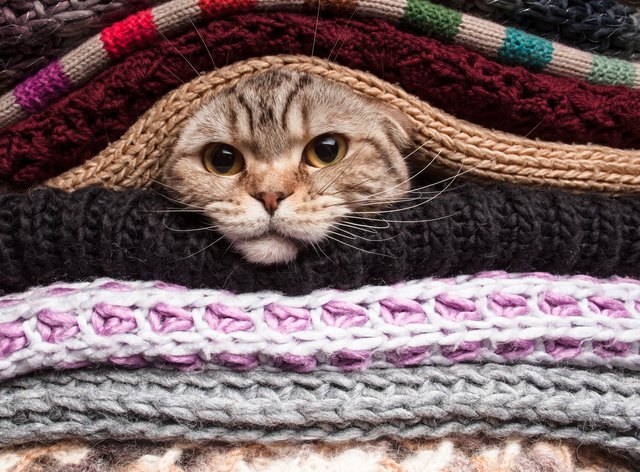 Does your human like to do crafts? Knit? Crochet?

Maybe their own living pincushion: 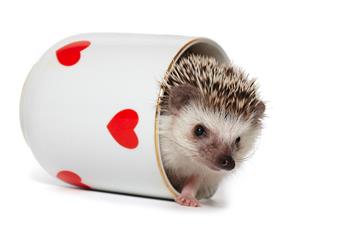 Or some nice fabric: 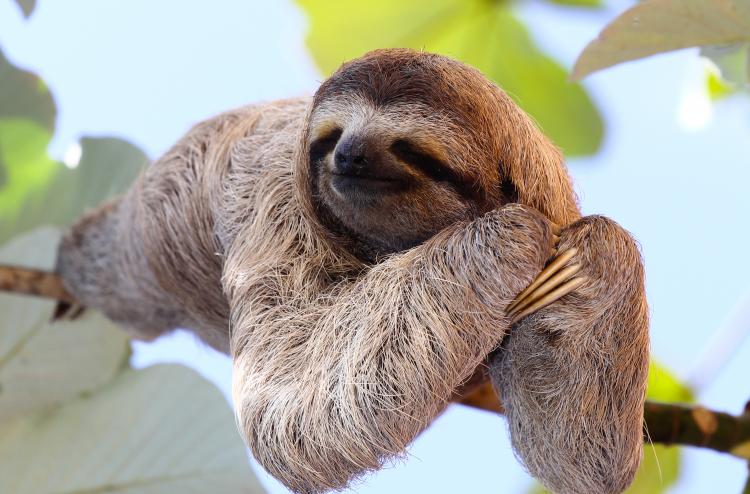 Or some new bedding: 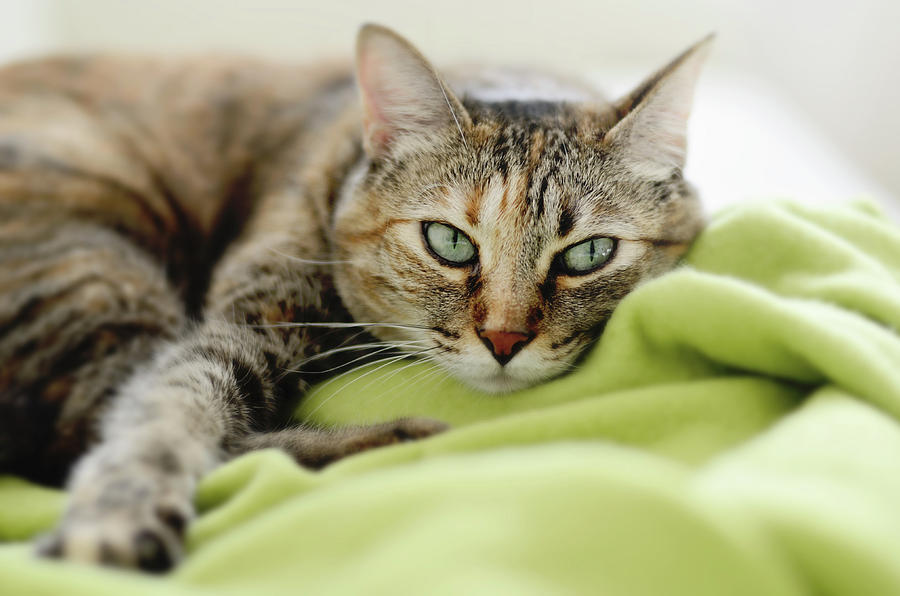 In that case, we recommend the gift no cat-owned human can resist: 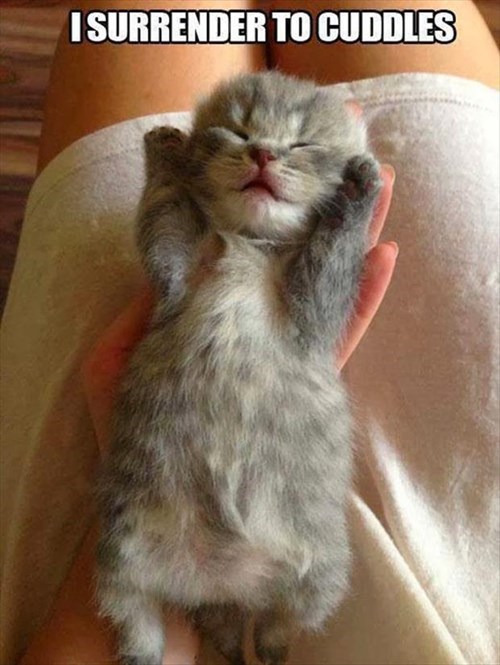 And they are ruled by King Thistle, ably assisted by Lords Kudzu and Creeping Charlie.

I am an intermittent gardener, at best. I can’t blame nurture. My mother grew fruits (raspberries, strawberries, etc.) and vegetables. Both my maternal grandfather and paternal grandmother had amazing flower gardens, specializing in roses. Grandpa also had a large selection of dahlias (some of them his own breeds).

My husband has a vegetable garden in the backyard. I wanted flowers in the front. After several years of intense neglect, I decided to take another shot at making it look like more than a weed patch. My son suggested that I salt the earth and put in a rock garden.

I began with a small patch in front of the house. I had to dig out all the weeds by hand (actually shovel). So far, so good. Turn over the dirt; rake out the weeds (and many years of rotting leaves). Hmm, what is that hard thing I keep trying to shovel? We have rocky soil, but this is ridiculous.

Finally, I scraped away all of the detritus. Oooh, it’s the sidewalk! And there are things actually growing on it. How embarrassing. Oh well, in for a penny, in for a pound (guess that saying survived from Colonial times – otherwise, it makes no sense whatsoever). I trenched along the edge, swept away the dirt. Voila! It was all still there.

So I shoveled along. Guess what? Myrtle grows on the sidewalk even better than weeds! I always thought nothing grew better than weeds. I moved on to a section full of lily-of-the-valley. I love them and wanted to move some of them to my newly discovered soil.

The only problem was that they were “protected” by some really healthy thistles. I’m told that thistles grow in abundance on the moors. I’m going to look into a repatriation program for the ones in my yard.

There is only one good way to get rid of thistles. Dig them up by the root. The whole root. Don’t worry, says a friend. All you have to do is cut off the top of the stalk and spray Round Up on the opening of the stalk, and it will travel directly to the roots. (For those of you unfamiliar with Round Up, it is an extremely toxic herbicide that is dangerous to both humans and animals.)

I don’t believe in herbicides, but the thistles were three feet high. I bought the least toxic type. It didn’t kill the thistle. My husband pulled them out for me (root and all). I threw away the Round Up.

I bought some blue spruce sedum to plant along the path to the garage. It’s been really dry and the ground has never been used for anything except scrub grass. (You didn’t expect Kentucky Blue, did you?) My husband used the tiller, and they went in with no real problems. They like dry soil, so all is well.

The house is on a small hill. It’s almost impossible to mow, so I decided to put in moss (easy to grow, spreads well). My husband offered to till it for me. For logistical reasons, I decided to start at the top, just past the sedum. He had just started to till when he heard a crunch. He’d cut a copper pipe to something. It would have to be fixed before he could root up any more weeds.

My moss was in its nursery containers looking a little unhappy, and my husband and son were leaving on their annual fishing trip. So back to the shovel. In dirt that had seen no cultivation in the fifty years since they moved the house from its original site on a farm. Oh goody.

It was like digging through cement. Once I managed to get the first shovelful out, it became a little easier. (As I’m typing this, I just realized that I should have rented a badger. I read that they can burrow through anything, even cement. I wonder where you rent badgers?)

I finally had enough space for my 12 moss plants. I dug the holes. Hmmm. I bet the soil in Ireland doesn’t look like clay that’s ready to be fired. The lady at the nursery said to mix sphagnum peat moss with the soil to loosen it for the plants. I had a bag. I needed a bog.

So I planted them directly into the sphagnum. I used her extra-special root food and hoped for the best. It’s been a couple of weeks and they haven’t died. Maybe I should play them some Celtic folk music.

I wonder how much the salt and rocks would have cost?

Our weather has been pretty lousy this winter (yeah, I know, it’s been a lot worse other places). Friday it was sunny and close to 50 degrees. Yesterday it was overcast and in the low 30s. The next couple of days it’s supposed to be sunny and in the 40’s. Then on Wednesday we expect accumulating snow.

As the days get longer, cats’ fur is supposed to shed and the cooler (?) summer fur grows in. We’ve had plenty of shedding, but the cats have replaced the old fur with electric blankets (ours) and heating pads (ours).

There’s nothing quite like waking up in the morning and not being able to move because one cat is on one side and the second cat is on the other side, pressed tightly to you for warmth. Generally speaking, you wake up because sleeping between two cats is so warm that you feel like you’re melting.

Regardless of snow and cats, you can always rely on retail to tell you when the warm weather is/was supposed to arrive. The first thing out was the Easter candy. It had to be expected since it had been sitting in the back room since the week after Christmas. Besides, holiday things always have to be out early enough for the customers to be tired of them by the time the holiday actually arrives.

Next were the grills. I know people who start to grill as soon as they can run outside to check the meat without getting frostbite (it’s a northern thing – like wearing shorts as soon as it gets above 40 degrees). So the grills weren’t too depressing.

Same with the golf supplies. I once knew a guy who bought orange golf balls so he could practice putting in the snow. I also know people in golfing leagues who schedule their first matches at the beginning of April. They generally end up rescheduling that match. Golfers must be the most optimistic (or stubborn) people around.

I started to get depressed when I saw the first army of garden gnomes. Generally speaking, they do not like the snow. Besides, I really dislike garden gnomes. I think they’re creepy looking. I will admit that they are an improvement over the previous fad. There were (too) many houses with wooden cutouts of fat women bending over so you could see their underwear. I never understood why those replaced the concrete animals and dress-up geese. I admit to a reflecting ball and several concrete animals (the best is a large bear).

My son asked me to buy him a shirt in early February. He wanted green, some type of forest green. It seems forest green is not a spring/summer color. Spring and summer are when forests are green. He also prefers soft cotton. Apparently soft cotton only comes in heavier weights. Much heavier weights. Like flannel. We certainly didn’t have anything like that left (no discount, rats). So I looked around. The only thing I could find was cream and green. Soft medium-weight cotton. Worked out OK. Shortly after that, the temperature went below zero. Guess I could have bought close-out flannel – of course, the green was gone.

Next thing out were the tiki torches and citronella candles to keep away the mosquitoes. By the way, I’m told that the hard winter means fewer mosquitoes. I’m not sure I believe that. The Upper Peninsula gets lots of snow and cold every year. Not only do they have huge mosquitoes, they also have biting black flies. I can see it now – everyone spends extra time outside this summer to make up for the winter but has to go in before dusk to avoid being eaten alive.

The worst for me was when they put out the seeds and small bags of potting soil (with starter pots, of course). There are several things they recommend you don’t plant in Michigan until after Memorial Day.  I used to spend hours in the late winter looking at seed and plant catalogs. We had a very nice garden when we lived in the city. I expected great things when I moved out here. I forgot that most of the cute animals that live around us are herbivores or vegetarians.

We were going to put in decorative trees. Apparently very tasty. Put a fence around the bottom. Deer eat the top. Tree grows big enough to defend itself. Deer rubs itself against the bark and destroys it. Put in bushes. Bunnies eat bark during tough winter. We have oaks and pine trees. And a lilac bush that is probably older than any of us.

The final straw came last week. They put out the kayaks (the life jackets had been out for several weeks). I do not know anyone who kayaks before the risk of hypothermia disappears. Unlike a boat, there’s a fair chance you will tip over a kayak. Particularly if you don’t know what you are doing. If you do know what you are doing, you should not be buying a kayak at a big-box store.

There is one thing still sitting in the back room. It’s a display of starter bushes (roses, etc.). The display says “Plant Now”. At the rate we’re going, they will probably be able to put then out with the back-to-school supplies.