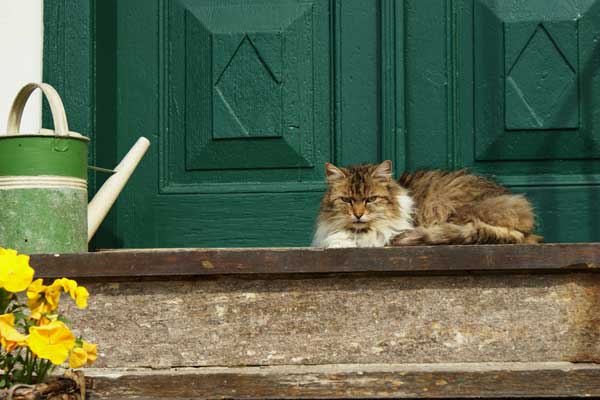 Forest Glenn is an upper middle class subdivision with a diverse multi-species population. Before moving in, residents must sign a contract agreeing to be governed by the decisions of the Homeowners’ Association.

The meeting was called to order at 7:00 pm. Approximately 30 homes were represented at the meeting.

Horace Hogg, president of the Association, reminded everyone that the pool would be closed for the season following the annual Labor Day party. He wants everyone to be courteous in the dish they bring to the event. We do not want a repeat of last year when one of the guests saw a relative being eaten by other guests.

Halloween is coming. A reminder to residents: no decorations are allowed that flash, light up, or are offensive to other residents. Therefore, witches and pumpkins are acceptable, but no negative portrayals of cats or bats.

Decorations are limited to the porch and front of the house. Real blood is prohibited due to health concerns.

There have been violations of several Association policies during the past month. If residents have not corrected the problem by the end of August, fees will be assessed.

Grass must be no higher than 1 inch – Beau Bison, Shelley Sheep. Lack of appetite is not an acceptable reason for non-compliance. No lawn ornaments – Dolly Deer, Joe Jaguar, Bob Beaver. Lawn ornaments include (but are not limited to) gnomes, flamingos, and wooden “Welcome” signs. 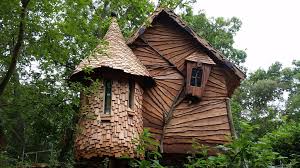 No buildings except a house and garage – Alan Aardvark. Buildings include sheds, tree houses and permanent play houses for your children. 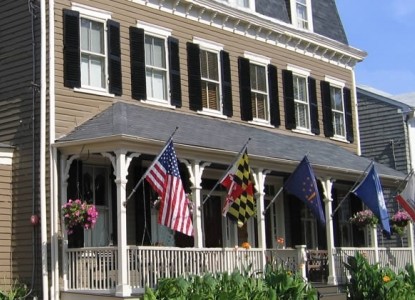 One flag may be displayed per house and no flags larger than 2 feet by 3 feet displayed from the front of the house – Edgar Eagle, Larry Lion. Flags include national flags, state flags, school flags, college flags, and club membership flags. Homemade flags are discouraged. Flagpoles are prohibited.

Political signs are not allowed on lawns – Delilah Donkey, Edgar Elephant. These signs are considered lawn ornaments, and particularly tacky ones. No one cares who you are voting for. 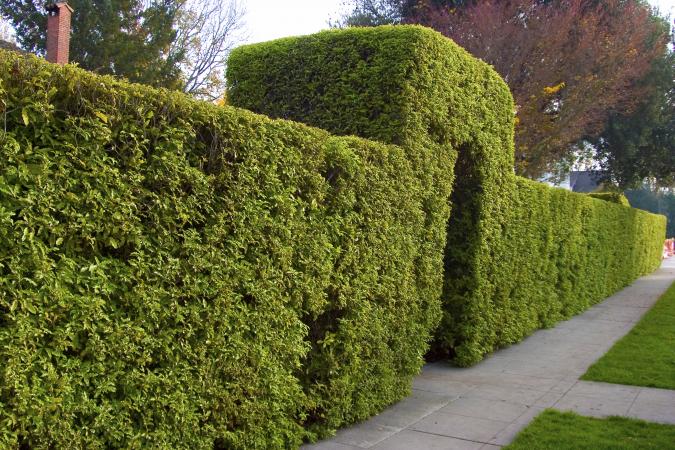 Only shrub fences – Tommy Tortoise. Any other material would ruin the natural beauty of the subdivision. If residents were allowed to use materials of their choosing, we would be faced with the possibility of something cheap and tacky. You know we can’t trust everyone’s taste.

Quiet time between midnight and 6 am – Billy Bat, Harold Hyena. Nocturnal animals are welcome in the neighborhood, but must abide by association rules. Additionally, parties which last past midnight must be moved into the home. Vehicles with loud engines may not be used during the quiet period.

Some reminders for fall:

Do not burn your leaves. They may be used for mulch or saved in the backyard for burrowing relatives to use during the winter. The Association will collect unwanted leaves for the less fortunate. 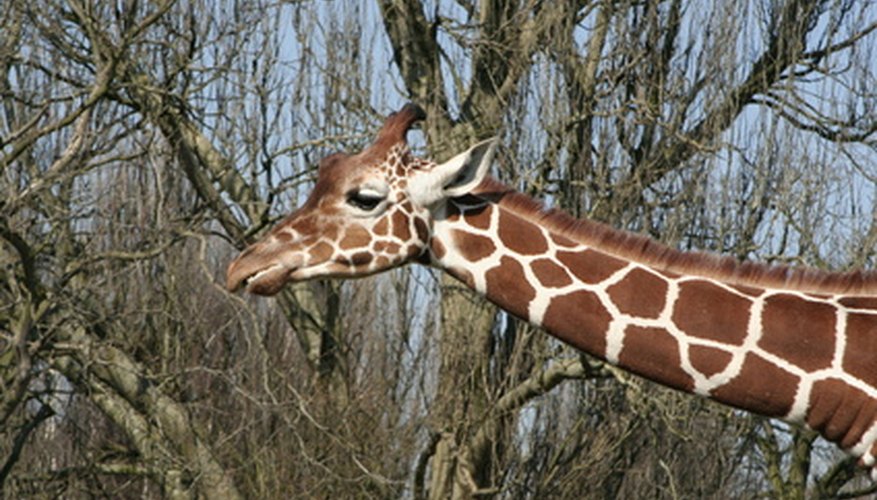 All plants must be trimmed back to no more than a foot tall before the snow falls. You are welcome to eat them yourselves or share with a friend. We will provide names of plant trimmers upon request. You may add small branches to your mulch or leaf pile if you wish.

If you are expecting relatives for the winter, fees are due to be paid no later than October 15. As usual, group rates are available.

The meeting adjourned at 9 pm. The next meeting will be September 5.

As I was wandering through some blogs a few days ago, I made a discovery. There are a lot of blogs about/by cats. Which makes sense, since everyone knows cats are the original Internet stars. There are probably an equal number about dogs, although I really didn’t do a full recon on that. In fairness, for me size matters when it comes to dogs. Generally speaking, I prefer those of 40 pounds or more.

Of course, I found some posts about hedgehogs. Lord Nelson (my hedgehog) seemed to be the predominant recurring character. I guess grumpy and spiny is not for everyone. In fairness to Horatio, though, he has stopped huffing at me.

The only thing I found for bears were some very nice photos, but nothing with any personality. Likewise for most creatures who live in the wild. Raccoons and bats made the cut for the cuteness or nuisance factor. Not exactly material for an ongoing storyline. I disqualified blogs like Cute Overload who have a variety of animals, but only pictures/videos intended to make you say “awwwww”.

Then I tried to figure out how one would put backyard critters in a blog. When I looked out the window this morning, I would have sworn it was November: cool, gray and rainy. Eureka! A story about how the little guys decide where to winter. Hint: most of them can’t afford the fare to Florida or Padre Island. If we’re quiet, we can listen in:

The fall meeting of the semi-rural/suburban animals was about to get started. Squirrel, the most energetic of the group, was getting ready to moderate. He looked around to make sure everyone was represented.

Then he frowned and pointed. “You predators, you know you’re not allowed at these meetings.” The coyote slunk off, but the rest stayed.

Fox: You never let us stay. What are going to say that’s so top-secret?

Squirrel: You know very well that the main topics of these meetings are food and safety. The last time we let you guys stay, you and raccoon spent the meeting whispering about which of us looked tastiest and which was the easiest to catch. We’re talking about winter survival today. Now scram!

Raccoon: We have to survive too, you know.

Squirrel: Maybe, but not by eating us.

Fox and Raccoon walked away. The deer made a circle around the little group to keep them out.

Squirrel: OK, does everyone have a den ready?

Woodchuck: We found a great place under an old tree trunk. My cousin Woody already claimed the primo spot under the deck.

Rabbit: Just remember, Woodchuck, we live in that complex too. Keep the noise down.

Woodchuck: What are you talking about? We hibernate all winter. You guys are the ones practicing to repopulate the world in the spring.

Mouse: We’re taking our usual spot in the walls of those two old houses over there (points to a couple of Victorian holdovers).

Mole: Well, be careful. There’s a couple of domestics over there that roam around a lot outside.

Mouse: Not to worry. The pointy-eared one spends the winter in front of the fire and the floppy-eared one only comes out to mess up the landscape. The human won’t stay out and play with him.

Squirrel: Are all of you going to fit in those two houses?

Mouse: Not a chance! But the older kids want to try toughing it out in the woodpile. I tried to tell them that the humans use those woodpiles in the winter. They think they won’t get caught. You know what it’s like trying to talk to kids.

The animals all laugh and nod.

Frog: It’s almost time for us to burrow into the mud for the season, so we’re set.

Snake: Same here. What about you, squirrel?

Squirrel: We’re splitting up this year. Some of us are going the usual route and sleeping in trees. But my brother Earl heard that attics are nice and toasty in the winter.

Mole: There’s bats up there!

Squirrel: Earl says they were all driven out over the summer.

Mole: But the humans will hear you.

Squirrel: That’s part of the plan. The mice will be in the walls and the squirrels will be in the attic. It’ll drive the humans nuts, but it will be too cold for them to do anything about it. We just have to get out quick in the spring.

Mole: I think the rest of us will just hang out at the club underground. It’s pretty cozy if we cuddle up. We mostly sleep anyway.

Squirrel: Well, it looks like everyone’s set. The community center has extra nesting material if you still need any. Otherwise, on to the potluck! Remember, you can take as much as you want, but eat everything you take. It’s the season for bulking up, we don’t want any food to get wasted. Anything you brought that’s not eaten, you can either take home or donate to the emergency pantry.

The animals disperse to eat and talk.

The humans have been inside commenting on how cute they all are. They don’t realize they are about to be invaded.