Greetings from Les Sloth. You may have heard that Cat wants each of us to write about an animal that may be less well-known to our readers. To be perfectly honest, it seems kind of silly. How do we know what you know?

Anyway, I decided to look through an animal directory to find something with an interesting name. The first thing I came across was the aardvark. I didn’t know anything about aardvarks, so I decided to interview one. If the readership is full of aardvark specialists, I apologize for not choosing a more unique creature. 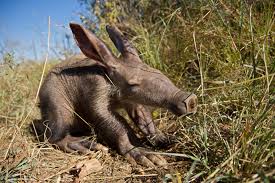 I spoke with a very pleasant aardvark named Mel. Actually, I can’t pronounce his real name, so he said to call him Mel. The conversation started a little strangely.

Mel: Greetings from Malawi. It is very nice to speak with you.

Les: Thank you for taking the time.

Mel: I only have one ground rule. Do not ask me about Arthur or any of the other aardvark cartoons the humans have on your side of the world. 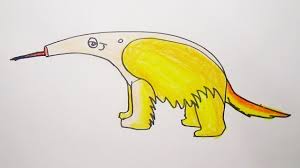 (I had no idea what he was talking about, so I agreed not to talk about them.)

Les: Can you tell me a little about yourself?

Mel: I am built sturdily. About 150 pounds, 7 feet long (including tail). I am pale gray with extremely tough skin and sparse fur. My back legs are longer than my front legs.

Mel: Yes, but we don’t have your extremely nice-looking fur coats.

Les: That’s very kind of you to say. Do you have a family?

Mel: We are expecting our first child in late spring. It will be an exciting time for us. Of course, it will share its mother’s burrow for the first year. Les: Congratulations! What types of things do you like to eat?

Mel: We mainly eat ants and termites. There is also an aardvark cucumber that is very tasty. I’m told that there is something called an avocado that is popular in the States.

Les: So you’re an anteater? We have anteaters over here. In fact, they are close relatives of sloths. Maybe we’re cousins or something.

Mel: Actually I am an ant eater. I eat ants.

Les: Anteaters eat ants. And termites. And they look a bit like an aardvark. 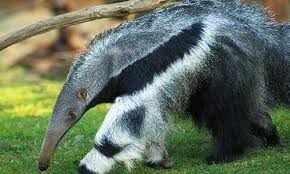 Mel: That is all true. But it is a coincidence. We are the last surviving branch of a prehistoric African family tree.

Les: So you are an ant (pause) eater, not an anteater.

Les (disappointed): So I guess we’re not related.

Mel: That’s true. But I would like very much to keep in touch as friends. You seem very nice.

Les: Thank you! I’ve enjoyed talking with you as well. Take care of yourself. Don’t get eaten.

Mel: I wish you survival as well. Farewell for now.

Mel had been so nice that I am sorry we are not related. I did get his address. As soon as I’m done here, I’m going to get online with Amazon and send him some ants. I should have asked if he has a favorite type.