As you know, we at Cheeseland pride ourselves as being pan-species. We recently received an email questioning that inclusivity. It read as follows:

“We are tired of being the subject of cat jokes about how much fun we are to chase and how good we tastes. Moths have feelings too. We have never seen anything in this space about insects of any type, spiders, worms, or anything of that nature. We would like you to rectify that situation.”

The email caught us by surprise. He was right; we had never written about that type of thing. Being a mammalian type of place, Cheeseland had never considered our six-legged neighbors. So we decided to set up an interview. We ran into a problem right away. The author of the email lived across the country. Apparently moths (and most insects) are unable to get Skype or other video communication tools. Something about a ban against “bugs” that gets lost in translation. They’ve had trouble convincing the companies that they are actual bugs, not software glitches. The short lifespan has its issues as well.

It seemed silly to travel that far to interview one moth when there are lots of them here. One night, we sent a couple of staffers to the park to find a moth or two to speak with. Unfortunately we had not thought the issue through, and our subjects were eaten before we had the interview.

The next night, we invited a couple of moths to our office and put them in a cage to keep them safe. Apparently moths have short attention spans. They kept heading for the lights in the midst of answering questions. It wasn’t much of an interview, but here’s what we got.

Cheeseland: So, tell us about yourselves.

We look more closely. These moths don’t have mouths! How are we supposed to interview them? Cheeseland: Can you move a wing if the answer is ‘yes’?

Cheeseland: Do you only come out at night?

Cheeseland: It says here that moths live about five weeks, is that true?

Cheeseland: Don’t know what a week is?

Cheeseland: So you pretty much fly around all night and that’s your life? Cheeseland: Are there a lot of you?

Cheeseland: So there are lots of different types of moths?

Cheeseland: Do you have a girlfriend? 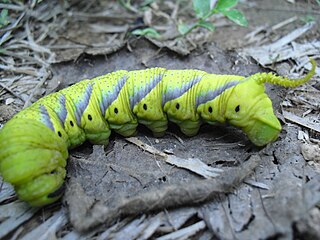 We look at each other, unable to think of any more questions that might be answered with yes or no.

Cheeseland: It has been very nice speaking, or whatever, with you moths. We wish you well.

Moth dips his wing. We let them out of the cage. Before they got more than a few feet, there was a “pounce” sound. Then crunching. It didn’t end well for our guests.

After the interview, we had a group video-conference and came to a decision. Cheeseland is not the place for insects. They are just too tasty.

16 thoughts on “Moths are More than Just Good Eating”