The Bonners Ferry Police Department has received several tips regarding the grizzly bears who escaped yesterday. As expected, they appear to be traveling north, with the most recent sighting near the Canadian border.

Apparently the bears have been taken in by a group of wild grizzlies in the far northern part of the state. Local rangers say that they are unable to identify the missing bears because of “significant similarities” with some of the wild bears. Some of the grizzlies are shown below: 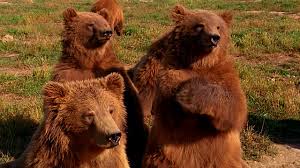 In related news, one of the hyenas at the zoo have told the authorities that the bears had inside help with their escape. An unidentified monkey took the key to the back door from one of the attendants and unlocked the door. Meanwhile, some of the snakes left their enclosure and distracted the attendants. Apparently the bears walked out the front gate with a group of visitors. Police are looking at security tapes from the time of the escape. 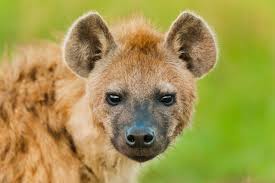 No motive has been identified for the timing of the escape. However, several of the other animals had noticed Brutus being more withdrawn recently.

We will keep you updated as news comes in. The police would like to remind you that these bears are armed and dangerous.