Greetings from Horatio (Lord Nelson) Hedgehog. Mom had one of her carpal tunnels fixed last week and is still having a little trouble typing. Those cats were going to snarf another post, but I got here first. I figured I could be as entertaining as they are.

I went to a place called Animaljokes.co.uk. Their jokes were terrible. Like “What do hedgehogs like for supper? Prickled onions.” I don’t know what co.uk means, but it doesn’t mean funny.

So I went to Cheezburger. They weren’t very funny either: 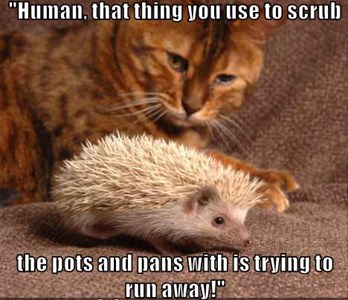 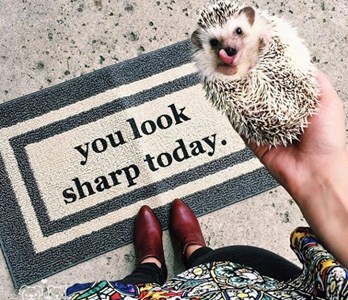 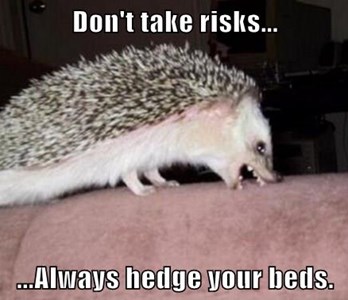 I guess the cats are right – some people shouldn’t be allowed around animals: 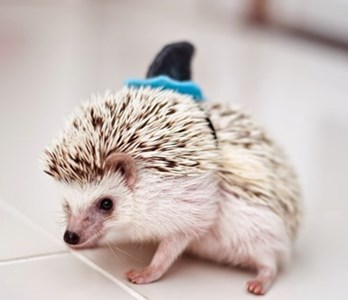 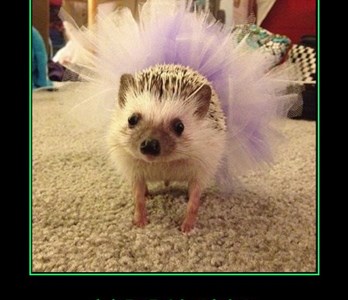 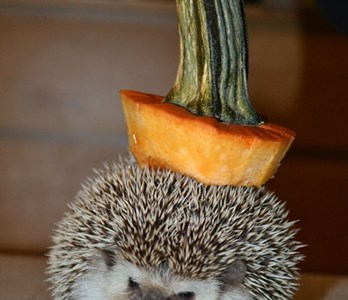 So finally I decided to just show our cuteness: 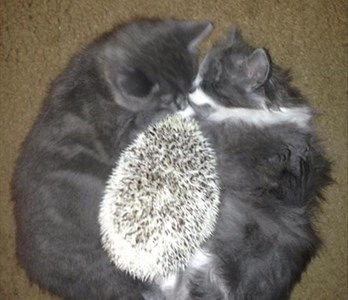 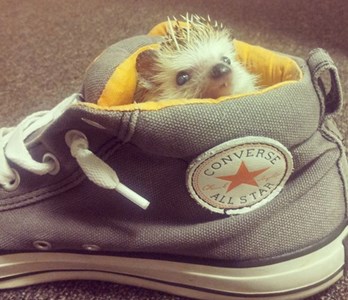 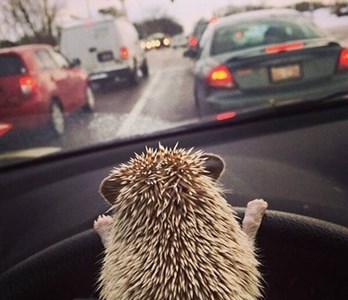 Research is a lot more work than I thought it would be. 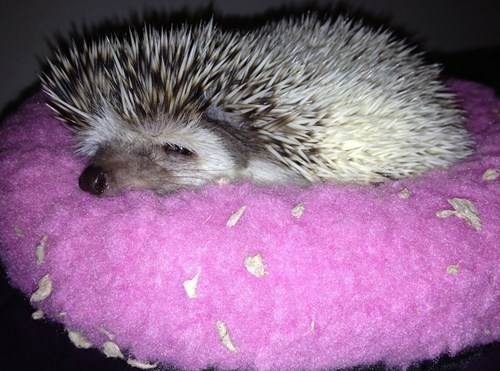 If you are interested in hedgehogs, I would recommend going to see the Little Silver Hedgehog. It’s blog that’s all about hedgehog rescue and preservation (they run a hedgehog hospital). I don’t think it’s American because when they talk about money, they use a funny-looking L. But it has lots of cute hedgehog pictures and eco-friendly stuff.

Thank you for reading.

Actually that’s probably an exaggeration unless it’s something like “The Cat in the Hat”.

If you are a fan of old movies, you might remember the stereotype of the star reporter with a hot story. He (remember, it’s an old movie) types furiously with two fingers, finishes in a couple of minutes, tears the paper out of the (manual) typewriter and hands it to the errand boy. I am soooo jealous of that reporter right now.

I taught myself how to type on a 1903 Royal typewriter (with its corresponding manual). No, it was not a current version. It had been my grandmother’s and was old then. It’s one of those machines that allowed solicitous men to say that women could not be secretaries because their baby fingers were not strong enough to push the end keys. It probably would have been an excellent thing to drop on the heads of those men to show how wrong they were about women’s strength.  It was made out of iron. I recently saw a relative at a museum (I still have mine).

Anyway, you would be amazed at how much faster you can type on an electric typewriter (to say nothing of a word processor) if you have strengthened your fingers on the manual one. (The men were right about that – the keys were hard to push at first, especially if you’re a preteen.)

Aside – I do not want to hear from you if you do not know what a manual typewriter is. Look it up on Wikipedia. Or Google/Bing it.)

The point of all of this is that I have been reduced to typing with two fingers. As you may recall, my doctor (the one with the recessive bedside manner) ordered an EMG. It showed mild to moderate bilateral carpal tunnel syndrome. So she sent me to a medical supply store to get two cock-up splints. I only needed one since I had gotten the spica splint for my thumb a couple of weeks earlier. (My insurance company loves me.)

I sent her an email after about a week asking when they would start making my hands feel better rather than worse. I guess it was supposed to be sooner than a week because she referred me to an orthopedic surgeon and an occupational therapist.

I can’t see anyone in ortho until September. Guess summer’s not a good time to see someone who can take multiple weeks of vacation. Went to see the occupational therapist on Wednesday.

Apparently the good news about medical-supply splints is that they are relatively inexpensive ($100-$200) and fairly comfortable to wear (soft felty material with metal bars to hold your wrist in place). And I only had to wear them at night. It really only impacted the cats who do not like to be petted with soft felty material (no one attached a warning to the cats, so I had no idea).

The bad news is that the reason they are so comfortable is that they really don’t do a very good job of keeping your wrists in place. And an even worse job of keeping the thumb in place. The pain in my thumb was getting better, but I was having a lot of trouble with my wrist. Turns out the tendonitis had just moved to  better neighborhood.

You may know where this story is going. The therapist made me two custom rigid splints (more good news for the insurance company). It was really cool to watch. They take some kind of heavy fiber board and put it in a steamer. Then they mold it to your arm so it fits. Once it cools off, it doesn’t move (hence rigid splint). I was supposed to wear it 24/7 for two weeks, then only at night.

After 2 1/2 hours, I was so sore I had to go home. I called the occupational therapist. She said I was working against the splint. (It only took her 1.5 minutes to figure out what I was doing wrong.) She said to wear the soft splints during the day, and the rigid splints at night. It worked really well yesterday.

Not so much today when I took the wrong soft splints to work. That’s what happens when you don’t take the old splints upstairs when you get the new splints (they all look pretty much the same). I gotta tell you – having a semi-disorganized brain is a pain. I never know when it’s gonna flake.

The old splints were worse than no splints. Don’t ask me why. I have no idea. So I iced my wrist when I got home. And got the right splints. Much more comfortable. But still detrimental to typing. Thus the two fingered typing. My brain is going crazy. Some of my best snarks are getting lost in the time lag. Don’t feel bad for me – I’m enjoying them even if you’re not.

I wonder if any of those old newspapermen would be willing to come out of retirement?