Greetings. Snoops and Kommando Kitty here. We have a pawsome interview for you today with the cats from Autistsix, It’s a great blog, except the cats don’t get nearly enough space. It’s about a family who live in Australia,which is apparently Down Under something. (The editors said to include it.) The lady who writes it says the whole family is a little unique because of something called Autism Spectrum Disorder. We don’t really know what she’s talking about; as far as we can tell, they aren’t any stranger than a lot of the other humans we know. 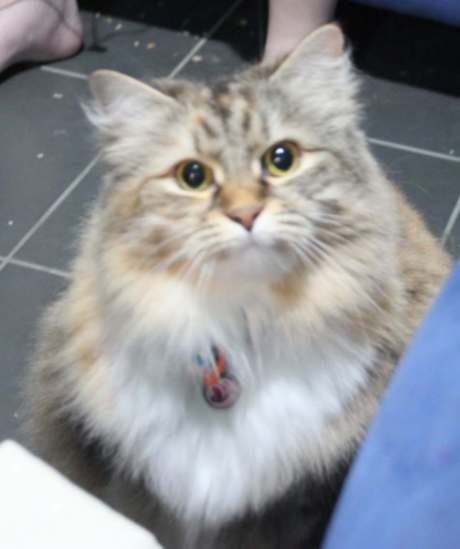 Would you please introduce yourselves?

Orion – I am Orion Prince of Burmese Tigers, I am also a star.

Smokie – I’m Smokie, pleased to meet you.  I am a puppy cat.

Pixie – I am Pixie, I am confused, oh wait that’s not what I mean, I am a Princess.

Echo – Hello, a pleasure to meet you both.  My name is Echo and I am a cat.

It seems a little hectic around there sometimes. How do you keep your cat Zen?

Orion – I run round and round the house until I am sleepy then I find someone to cuddle me.

Smokie – I just live and let live until something becomes intolerable, then I bop it on the head and nap.

Pixie – On a leather band around my neck, whoops, that’s my tag.  I don’t know where I put my Zen.  Do you think Echo stole it?

Echo – I avoid the others.

Do you hang together or are you hissy sometimes?

Orion – I love everybody.  Echo seems grumpy sometimes when I helps her diet or wake up and Cherry Bopple gets grumpy sometimes but I don’t know why.  Rabbits knock you over if you play rough and rats can bite if you poke them, so don’t do that.

Smokie – Unfortunately in my role as ruler of the cats I occasionally have to discipline the others.  Pixie keeps being a girl cat, Echo is evil and the kitten can get a bit too big for his boots sometimes.  But really it is only Echo that I get really mad at.

Pixie – My stupid brother Smoke thinks he’s my boss.  But he is better than that evil Echo.  When I was younger she was mean to me so now I just smack her in case.

Echo – I live with the stupidest cats that ever lived and yet they expect me not to hit them.  I simply don’t understand.

How many creatures do you live with (furry and not)? Do you get along with everyone?

Orion – We have humans, and dogs, and rabbits, and rats, and fishies and birds.  My bestest mate is Cushion the dog.

Echo – There are only 5 people in this house that I do not loathe; Mum, Dad, Cat and Tabby (both humans) and the dog Charles.  All the others are uncouth ruffians who don’t know how to treat a lady and don’t have a sense of humour.

Smokie – My best friend is Cherise AKA Cherry Bopple Berry we have hanged together since I first arrived.  Charlie is a great cushion.  Grandma’s dogs worship the ground I walk on which is great but they also love Orion which kinda takes the sheen off their adoration but they are great guys.  The rabbits are cool, the rats are great fun, I play with them and they feed and groom me,  I let them keep my shed fur to sleep in, I love those guys.  I like watching the birds and they sing to me, but they get a bit flappy if I try to touch them so I don’t.  I like to watch the fish but my best wet friend is the axylotyl, he and I touch through the glass.

Orion – Yeah I’m the same; I love all the other guys here although I play with the rabbits and watch the rats, the reverse of Smokie and the different best friend dog. Oh and the birds love me, I climb up on their cage and play with’em and then a hooman comes and takes me away but my birdie buds cry and squwark until I am allowed to go back, ‘cept at night, sleepin’ birds have no sense of humour, like sleepin’ Echo.

Pixie – Rabbits smell funny.  Rats feed me and groom me I love them.  Birds flap, fish are wet, and dogs are rough.  I do like the spaniel Snuggie though, he is soft and gently affectionate, I like him more than the other cats.

Pixie – Except you, Sweetie.

Echo – Moron, the spaniel, WHOSE NAME IS CHARLES, is a dog.

Do you have a favorite human?

Orion – Mumsy and then all of ‘em.

Pixie – Mum, then Tabby and Cat.

Do you think you get enough cuddle time?

Orion – Hoomans are difficult; they want cuddle when I want run and they are doin’ stupid stuff when I want cuddle, but Mummy usually stops when I ask.

Smokie – No, I want cuddles much more.

Pixie – I want cuddles when I want them, and I almost always get them.  The secret is, scratch people until they cuddle you.

Echo – I never get enough cuddles. 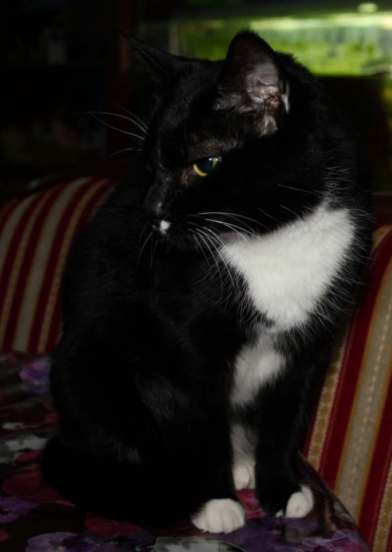 Australia sounds kind of scary with big spiders and other things. Do you go outside?

Orion – Spiders are fun and yummy but they make Mummy scream and snatch me up.

Smokie – Spiders are dangerous so a nice man comes around and sprays around the house so we hardly ever see them.  He cuddled me and called me handsome last time.

Echo – The new house has no spiders, I miss them they were fun and tasty.

Pixie – Which ones are the spiders again.

Orion – I am not allowed out because Burmese are too clever to avoid danger or cars, plus I am so beautiful and friendly that I will get stolen.

Pixie – I have enough trouble finding my way around inside.

Smokie – We aren’t allowed outside there are cars and stuffs that eat cats.

Echo – We aren’t allowed outside because apparently the sun can kill us.  Another cat fell asleep in the sunshine outside and when Mum and Dad found her she needed them to put water down her throat and she almost dies.  And there are these things that look like rope ties but they bite and poison you call snakes.  They are so irresistibly wiggly that they have killed lots of outside cats.

Smokie – How do you know all this stuff?

Smokie – Really, yet you didn’t see that coming.

Smokie – So you know because you are old!

Where’s your favorite place to nap/hang out?

Smokie – It is duty to sleep everywhere so that all recognize my dominion.

Pixie – I like bookcases in high traffic areas so I can get cuddles.  I sometimes get confused, but apparently I am not a book.

Orion – I mainly sleeps in doggie beds near Mummy or if she’s out Grandma, but I also love beds and my cat tree (top spot) next to Smokie, on Cushion the spaniel, and places that annoy Echo.

Echo – Couches in one of the two front rooms.

Do you have favorite snacks? Do the humans share their food?

Orion – Steak or prawn pieces from Mummy’s plate, Mummy is a great sharer, the others make me steal.

Smokie – Chicken flavoured noodles.  Mum shares but if I want a lot of noodles I have to steal and run.

Echo – I am not volatile, I just have high standards.  Oh and I like scratching things at random as a joke, because I have a sense of humour.

Pixie – Add to what?