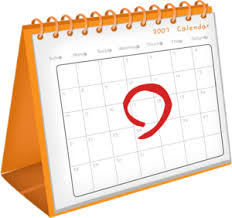 I love my HMO. I really do. I have a great network. It’s easy to get an appointment. If I’m sick I can get in the same day. I like the doctors. Generally speaking, even getting a referral is easy. However….

A couple of weeks ago, I called to get a referral to a chiropractor and a psychiatrist. The woman was very nice, asked me why I needed the referrals and said they should be sent out in a couple of days. She told me to make the initial appointment with the chiropractor for consultation and x-rays. They are always covered.

I wanted to see the chiropractor because my neck has started clicking. Checking the Internet I found out that it could be nothing or it could be the beginning of degenerative arthritis in my neck (apparently nothing between annoying and wanting a neck replacement). The blog people said that they highly recommended a chiropractor because several people had gone to MD’s and were misdiagnosed. Of course I believed the blog people. Having become one, I know that my opinion is now worth much more than it was back in June before I started writing. I did not check to see how many of the blog people were chiropractors. However, I had asked the Physician’s Assistant at my PCP’s office about the clicking and she had no clue.

I made the appointment with the chiropractor for the next week. Of course, they would not do the x-rays without the referral, but what could go wrong? It was only supposed to take a couple of days. The day of the appointment, I called the office to make sure they have the referral. Guess what? She still wanted me to come in for the consult; I could make the second appointment at that time. I declined; there is something wrong. What if I really like this guy and can’t go back? I wanted to make the decision about a second date; not the insurance company.

I called the referral people. Where did I get the name of the chiropractor? Off your website. Oh, that’s odd. The computer won’t allow the referral. I’ll look into it. Hoped it’s that nothing option; I start to get tense. What if the website was wrong? Where do I find another guy? I picked this guy because he was close and hoped for the best. I don’t know anyone who has a chiropractor out here. I hate when this stuff goes sideways – I’ve rationalized my selection and don’t want to change it although there was no real reason I made it in the first place. (Feeling more and more like dating.)

On Monday I got a call from the “real” referral lady. Apparently the person I had been speaking with with the “fill-in” referral lady. She said that there had been an error. My chiropractor is on the list and the referral had been processed, backdated to October 1. October 1? Ours is not to question why.

So now I can make the appointment. But first, I have to get healthy. I have some sort of throat virus and have been off work. That means I have to get a release from my doctor saying I was actually sick and when I am able to go back to work. More red tape.

Why would anyone fake needing to see a doctor? My neck feels worse than it did when I started. And about that psychiatry referral….