(ed. note – Due to the reaction humans have to blobfish looks, Bob has requested that we only use one picture. Therefore, the rest of the pictures will not be of blobfish.)

Hobart, Tasmania – Greetings. Ahab the Whale here. As you may recall, Cat wanted each of us to report on an unusual animal this year. Recently I received a reader request to know more about blobfish. Since Oceania is my beat, I thought I’d do both at the same time.

Easier said than done. Blobfish live far, far under the sea. They move along just above the ocean floor. Way, way too much pressure for a guy like me. No Internet. No cell phones. I talked with my colleagues. Someone knew a guy who knew a guy who had done something with blobfish. It was the best I got. The guy suggested I set up a relay to get the questions down and the answers up. I needed three intermediaries between me and Bob the blobfish, with an equal number of translators. I hope I didn’t lose everything in translation.

Bob: Thanks for talking to me.

Ahab: Pardon me for asking. Do you look like a blob?

Bob (sighing): No I look pretty much like any other fish down here. But because it’s so deep I don’t need much in the way of muscle or bone to keep my shape. Those stupid humans have never seen me down here. 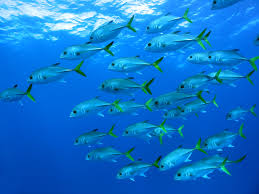 Bob: No it’s way too deep for them. They only see us when one of us gets caught in their fishing nets.

Ahab: That’s a shame. I’ve seen some of them after they’ve been in the water for a while. Not a pretty site. Just like them to judge though.

Bob: Since they can’t come down here, they can’t see what we really look like. I’ve heard them say we’re about 12 inches long and 20 pounds. I don’t know what that means, but I’m guessing it’s dead weight. (A little blobfish humor, I think.)

Ahab: So is the food good?

Bob: Not bad. We mainly eat crabs, sea urchins, and shellfish. We just move along and wait for it to swim into our mouths.

Ahab: That is a good deal. Do you have to worry about someone else swimming along and getting you?

Bob: We’re pretty much top of the food chain down here. Except for the humans of course. I’ve heard we don’t even taste good to them. They think we’re “rubbery.”

Bob: Hmm, that’s interesting. (I think this might have been a side comment from one of the translators.)

Ahab: Do you have a partner or children?

Bob: I don’t believe the humans know anything about our reproduction, and I’d prefer to leave it that way. Once they know anything, they always want to know more.

Ahab: I understand completely. It’s really rather embarrassing the amount of time they spend discussing the sex lives of other species. The other thing is how long we live. What difference does it make to them? We don’t care.

Bob: Exactly! It’s not like there’s any way to tell down here.

Ahab: You’ve been a wonderful guest. Is there anything you’d like to add?

Bob: I would like to suggest that it’s not very polite for the humans to have a contest for the ugliest animal.

Ahab: Don’t let it bother you, Bob. They only do it to take their minds off how funny looking they are.

Bob: Thanks, Ahab. It was nice talking to you.

Ahab: Take care of yourself, Bob. 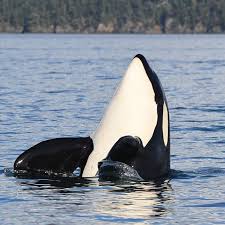