The four young male rats were gathered for their weekly feast behind Ben’s Burger Barn. They all agreed that Ben had the best dumpster in the area. And if they got there early, it wasn’t very crowded.

Danny: Mmmm! This is living.

Steve: Guys, this is my last Saturday here. At least for a while.

(The others look at him, stunned) 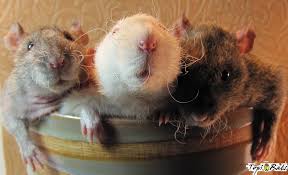 Danny: Where ya going that’s better than here?

Steve: Remember the money I got when that lady called me “dirty vermin” at the concert?

George: And you convinced the judge that you were so traumatized that you couldn’t work for a month?

Steve: She needed to pay. I didn’t want her to do it to anyone else. Anyway, Nicole and I are going to open a restaurant.

Danny: Nicole? Isn’t she that lab rat who convinced you to go to the concert in the first place?

Danny: Sure. She’s probably going to take your money and run away. You’re a street rat. You don’t belong with her.

Danny: You sound like my mom. Go ahead. Have your fancy adventure. We’ll see you back here in a month, broke and lonely.

(A month later, Steve does come back.)

Danny: I knew it! It all blew up in your face, and you want to come back to your old friends. I’ll have to think about it.

(The other two rats were happy to have Steve back. They didn’t know what to do.)

Steve: Actually, things are going good. The restaurant is going to be opening in about six weeks. I wanted to invite you guys for the first night.

Charlie: Me too. Do I get free food?

Danny: Wait a minute boys. I’m not sure we want to associate with the type of people at his restaurant. What kind of place is it?

Steve: It has two rooms. In one room, we have sofas and a fireplace. Folks can have snacks and drinks in there. Maybe read or use their computers. The other room is more of a regular restaurant.

Danny: Sounds kind of ritzy to me. What’s it called?

Danny: battah arsa smoon? What does that mean?

Steve: I’m not really sure. But she didn’t like my idea: The Rat’s Nest.

Danny: I told you she was a snob. Rats only?

Steve: The dining room is. The reading room is open to anyone.

Danny: That’s it. I’m outta here. We are not going to a place that serves anything that walks in the door. C’mon boys.

(The restaurant opened on time. The food got excellent reviews. But the real success was the reading room. It was so hard to find something cosmopolitan in the suburbs.

Finally George and Charlie convinced Danny to see what it was all about.)

Danny: Fine. I’ll go. But just so you guys will stop yammering about it.

(They washed their faces and slicked back their fur. They actually looked pretty good. When they got to the restaurant, there was a line down the block. They told the doorman that they were friends of Steve’s. They were escorted through the reading room to the restaurant. Steve was talking to a customer when they walked in.) 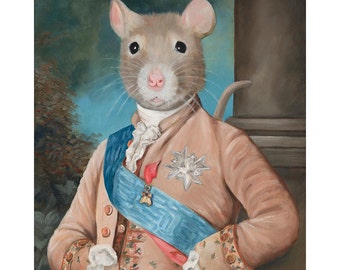 Steve: Guys! It’s good to see you. Come meet Nicole. Niki, these are the guys I was telling you about: Danny, Charlie and George.

Niki: I’m so glad to meet you. Steve has been wanting to get together for a long time. Please have a seat.

Danny (to Steve): We can’t stay. I can’t afford to eat at a place like this and neither can the guys.

Steve: Don’t worry about it. Get whatever you want. I’ll take care of it.

(The guys ordered steaks. They left the bones, unsure if it was bad manners to eat them in public. When the family next to them started crunching, they happily cleaned their plates.) Niki: Did you enjoy your meal?

Charlie: It was great.

George: Even better than the Burger Barn.

(The next day, the guys were talking about what a great place Steve had. Three very pretty girl rats were walking the other way. They lived in the neighborhood, but had always ignored Danny’s group.)

Violet: We saw you guys coming out of biadh airson smuain. I never knew you were so civilized.

Danny: It was the first time we went. But we’re going back soon.

Violet: And all this time I’ve been thinking you were just a common street rat.

(Violet took Danny’s hand and they walked away talking.)