Hello, everyone! It’s Thunder here, and you may not know this about me, but my tail is extraordinarily long! As a matter of fact, my tail has been referred to as a magnificent tail! (All of me is pretty great, but my tail is extra fabulous!) So, I’m honor of my beautiful tail, I am here to share cat tail facts! 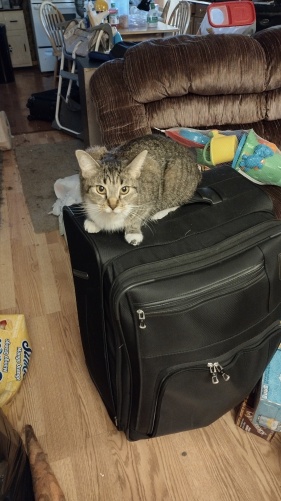 A cat’s tail contains almost 10% of their bones

The tail of a cat on average has 19-23 vertebrae, which are held together with ligaments, tendons and muscles. The average length of a tail runs between 9 and 12 inches. Female tails tend to be shorter than male tails. 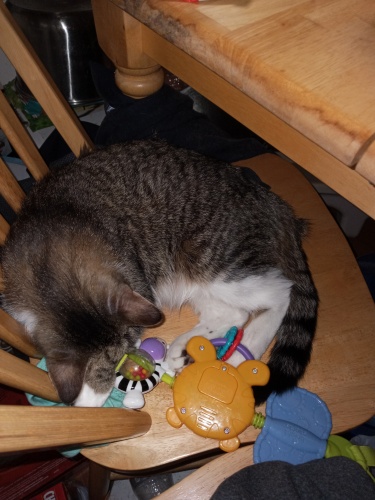 A cat’s tail helps them with balance

Have you ever noticed that when a cat is walking, or perched on something high or narrow, our tails are up and swaying? That’s not just us showing off how beautiful they look! Cat tails act as a counterbalance to protect from falling off of high areas, or stumbling in narrow spaces. Our tails also help keep us on balance when we run, or jump on prey.

Tail injuries can cause permanent damage

Spinal columns don’t extend all the way into the tail, but they contain the nerves that control and provide sensation to the tail, hind legs, bladder, and intestines. The nerves extend outward to protect the spinal bones. When a cat’s tail is yanked on, it can overstretch or tear these nerves and cause temporary and permanent inability to walk, inability to hold a tail upright, chronic pain, or incontinence. 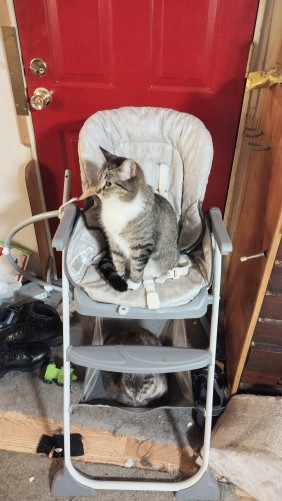 Cats can compensate if they lose their tails

While the loss of a tail certainly is debilitating and will negatively affect the cat, domestic cats can learn to compensate. Their balance will be controlled by their spinal column, and emotional signals (as well as health clues) will be portrayed through body language. 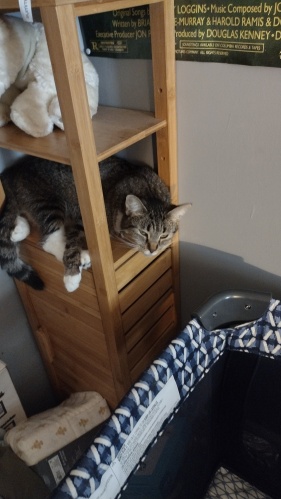 The tailless gene is dominant

While the tailless gene (found most commonly in Manx cats) is dominant, it is very rare that two dominant-gene tailless cats are bred together. Typically, this gene is paired with a tailed breed. The reason for this primarily lies in the fact that when the dominant trait is combined, major health issues (known as Manx Syndrome) occur. (This can happen in otherwise normal bred Manx’s as well, but it is much more rare). Symptoms of this disease include spine bifida, fused vertebrae, bladder and bowel incontinence, and spontaneous miscarriage.

Cats communicate with their tail

Because humans have yet to understand the dialect of a meow, cats have learned to primarily communicate with their body language; one of their biggest aids with this method is their tail! Happiness is shown with a tail held high, and a quivering tip. Mild irritation is shown with a low tail that has a twitch at the end, and an angry cat will be thrashing their tails back and forth rapidly. Cats who are on the hunt will keep their tail low and still. 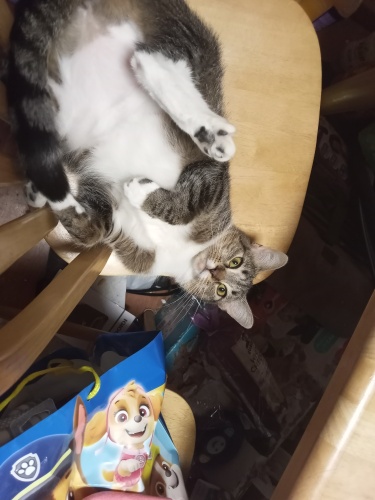 A tail in the air can be an invitation

Have you ever noticed when a cat gets scratched by the base of their tail, happiness ensues and the tail jots upwards? That’s a good thing! Cats raise their tail to invite you to pet them, and to show you that they’re content. However, a cat may raise its tail around other cats as an invitation to come and investigate. Tails can make or break a relationship amongst cats!

Only domestic cats can walk with their tails vertical

The ability to walk with our tails held high is a trait unique to domestic felines. All big and wild cats walk with their tails horizontal, low to the ground, or tucked between their legs. 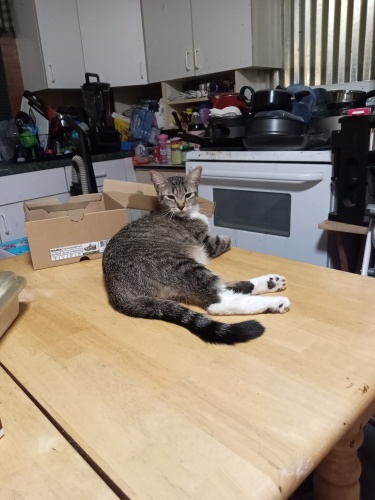 If a cat is feeling unwell or has medical issues arising, their tails will be the first sign something is awry. In a sick cat, the tail will be drooping and not twitching. There are also ailments that directly affect the tail, such as hormonal issues causing inflammation or dermatitis caused by flea bites. This particular dermatitis also causes tail joint inflammation.

Tails are used as emotional signals

In addition to communication and health aids, cat tails can also show their emotions. Contentment is shown with an upright tail. Confusion is a tail that is at a 45 degree angle. Excitement is displayed with a tail that is angled back with motion. Happiness is shown with a tail that is upright and swaying. Friendliness is shown with an upright, bent-tip tail. A cat who is uneasy will have their tail straight, nearly level with their spine. Aggression in cats is shown by a tail hanging down and a dip near the base of the tail. Angry cats rapidly swish their tails back and forth. Cats who are frightened puff their tails out. A cat who is about to attack will hold their tail at a 90 degree angle. A (domestic) cat who holds their tail between their legs is usually hurt. And a cat who is interested and alert will have their tails sitting upright, with a moving tip. 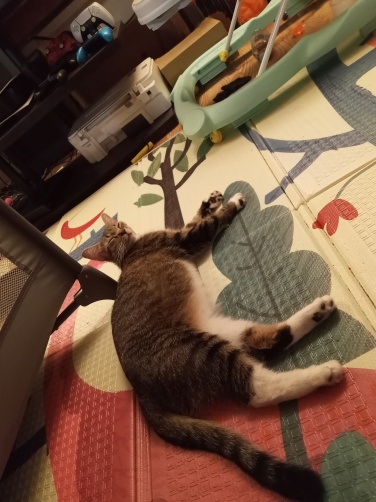 The tail tells all! In addition to being beautiful, the tails us all sorts of things about kitties, including how a hunt is going, emotions, and communications. While tails are beautiful, they are very delicate, and are a major part of a cat’s body and function. So while admiring our lovely tails, be sure to take care of them. The tail reigns supreme! 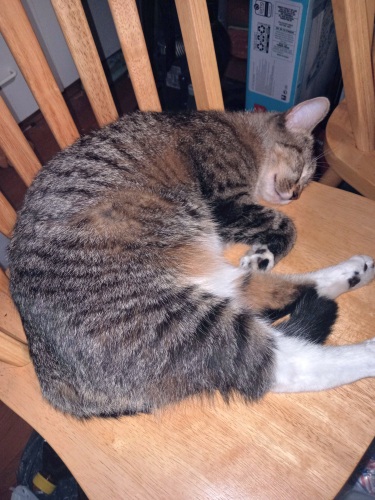