We were able to score an interview with the awesome Ragnhild from Green Lights Ahead. She writes a blog from Norway, but has spent time in Namibia with the big cats. (That’s in Africa for you domestic cats who don’t get out much.) She has also been other places. (We saw a picture of a kangaroo while looking through her site.) Ragnhild writes poetry and various other things, but we really like her pictures. You should definitely stop by.

Could you tell us a little about yourself?

I’m from Norway and am currently in nursing school. I’m an obsessive Netflix-watcher, love to dance, and have a passion for sleeping. However, most of all I’m a traveler. Anywhere, anytime.

Have you ever lived with a domestic cat?

No, sadly I haven’t. I hope to one day though!

Why were you out among the big cats?

I went to Namibia to be part of a volunteer project for some of the native species. 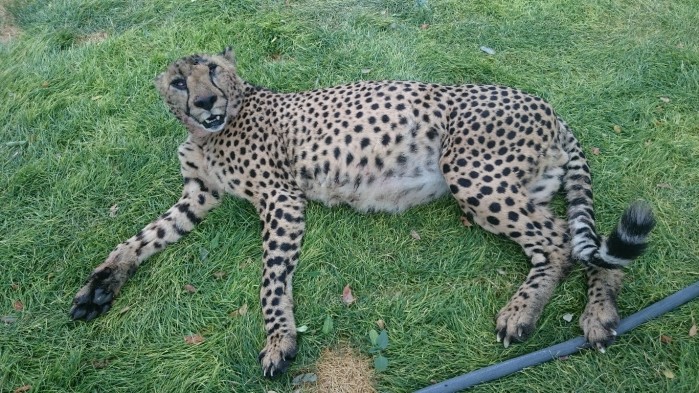 I helped take care of hurt animals and their environment

Did you actually live out in the open with them?

Yes and no. They were supposed to be in their designated (fenced off) areas; supposed being the keyword.

We got close… In all senses of the word.

It looks like some of your friends there were not cats or humans. What other species did you live amongst? 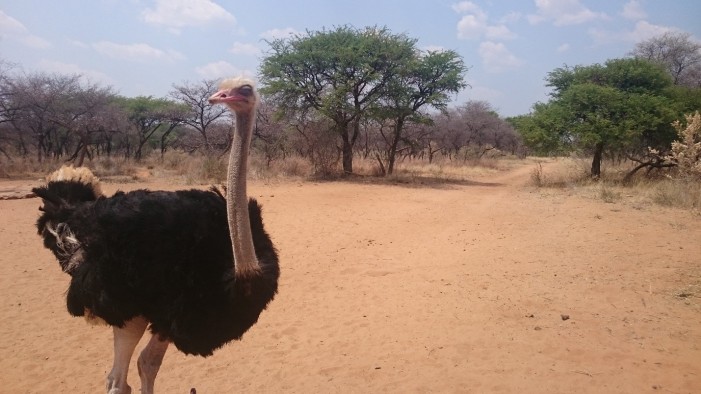 Did you discover different personalities?

Yes! Cheetahs are kind of like dogs – they can be somewhat trained, but can also be deadly. Leopards are the scary version of housecats – love to be pet, but can, and probably will, kill you if hungry or annoyed.

As for the other animals I interacted with, baboons are the ones I remember the most. They can play all day long, and some of them are smart enough to figure out locks. In addition, a group of baboons is called a troop, and my scars can testify to that behind those cute eyes, there is a being surprisingly similar to a human – calculating, protective of its own, and yet violent and aggressive. 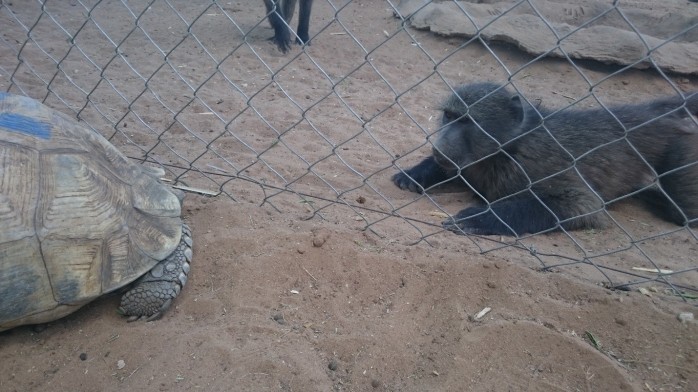 Did you learn anything from them?

I learned a lot. One of the most important ones probably being how to protect myself. I also developed a new understanding of how dominance works – true animalistic dominance.

There are four cheetahs in this photo, can you find them all?

Did you have a favorite?

This is like asking me which of my children I love the most – if I had had children. But I did love a leopard named Missy Jo. She was the epitome of majestic and had a purr stronger than any I’ve ever heard. I also enjoyed the company of the caracals; their enclosure was my safe haven on bad days. Eventually, I did love a few of the baboons too, even though they probably hurt me the most.

This is her and one of her best friends. Probably one of my favorite pictures.

Do you miss them?

Sometimes I miss them more than words can express, while other times I’m glad that they are several flights away. I had the highest highs with them, but also my deepest lows.

But who wouldn’t miss this?

What advice do you have for someone who might want to do what you did?

Research, research, research. Find somewhere with a better insurance for your safety, and while there – remember that it’s probably a once in a lifetime; enjoy it, and don’t give up.

Just thank you for having me! Now I can cross Cheeseland of my Bucket List too!

14 thoughts on “Ragnhild and the Big Cats”